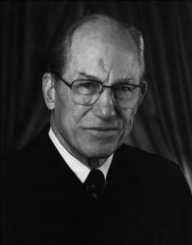 However, his time in service as a Supreme Court justice was quite a bumpy one. Abe Fortas worked for only four years and had to resign as a result of the series of allegations pressed against him. During that time,  President Lyndon Johnson appointed him as Chief Justice, but later faced severe scrutiny and questioning from the US Senate, which led to a withdrawal of his name. Abe faced a lot of allegation that led to a significant controversy but is still considered as one of the most intelligent legal figures with the excellent understanding of politics that have ever served.

Abraham `Abe’ Fortas was born on 19th June 1910 in Memphis, Tennessee. His parents were William Fortas and Rachael nee Benson, who are believed to have been Orthodox Jews. Rachael was a native Russian while William was from England. His father loved music and playing musical instruments especially the violin, a trait he passed on to his son. William worked as a cabinetmaker.

There, he served as a chief editor of a campus magazine called Yale law journal. He was very brilliant and hardworking and graduated as second best in 1933. This impressed one of the professors who offered him the opportunity to become an assistant law professor at the university. However, he left shortly and began working as an advisor for US Securities and Exchange Commission in Washington.

During the management of Franklin D. Roosevelt, Abe Fortas worked at the US Department of the Interior and was the undersecretary. He also served as the general counsel of the Public works administration (PWA) at the same time. In 1945, he was allowed to leave the Department on leave of absence so that he could join the Armed forces. However, he was discharged from the army within a month for health problems specifically ocular tuberculosis.

During the same year, Abe was appointed by President Harry Truman to serve as the advisor to US delegation during a United Nations meeting in San Francisco, and later during another General assembly meeting held in London. Postwar, Fortas formed the Arnold and Fortas law firm in association with his former college professor Thurman Arnold.

Abe befriended Lyndon Johnson at the time, and the two became all-time friends. In 1948, he became Johnson’s lawyer in his court allegations on corruption about the elections, after he emerged victor during Democratic senatorial primaries.

Fortas won the case and helped prove the innocence of his friend, which enabled him to become the senator.  In 1950, he was selected as defense attorney for an American Author called Owen Lattimore. In 1963, a series of unfortunate events led assassination of the president, John F. Kennedy. However, on the bright side,

Johnson became president who proved to be quite a boost to Fortas’s career, since he became a trusted advisor of the president even after he won the elections the next year. Also, he served as a part of the committee responsible for the thorough investigation of the assassination. In 1965, the president urged justice Arthur J Goldberg to become an ambassador to the UN, to create the position for Fortas. He, on 11th August during the same year, was voted by the Senate for the position of Justice of Supreme Court.

Also, it came to light that Fortas had received funds of about $15000 from unknown private sources to facilitate some university seminaries in 1968. Hence, the Senate's conservatives effectively removed him from the nomination process, and he continued working as an associate justice in the Supreme Court.

However, Fortas resigned in 1969 when he faced with the possibility of being impeached, and he got back to private practice. Hence, he started another law firm called Fortas and Koven, which became moderately prosperous. Also, he worked with the board of directors of Carnegie Hall and the Kennedy center for a long period.

Abe Fortas supported student’s children and children rights while working as the associate justice - His support of the decision in Miranda vs. Arizona case in association with other justice is remarkable since it made it a must for any suspect under arrest to be made aware of their rights.

Abe Fortas married a lady called Carolyn Eugenia. The two met during his university days at Yale. Eugenia worked as a tax lawyer. However, they did not have any children together. Apart from law, Fortas loved playing the violin and played it on Sundays in a sure quartet.

Abe Fortas died on 4th April 1982, in Washington DC. The cause of death was due to a ruptured aorta.