Crystals contain many deeply entrenched properties, naturally put there by the natural methods of their creation, often deep within the earth. These magical properties of crystals can be used in many ways, charged and amplified to radiate their energy across an area.

They can also be worn as an enhancement to your personal energies, to help bring them in line. One often underutilized use of their crystalline nature is to use them to infuse oil with their inner nature. Crystals can never truly be drained of their base nature, any more than you yourself can cease to be human. 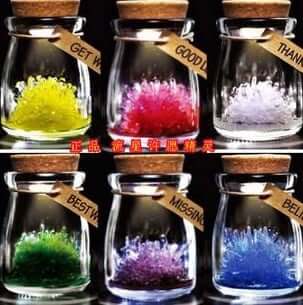 How To Use Crystals To Charge Oil?

There are some concerns to take into account when using crystals in magick to charge oil, the first being the nature of the effect you wish to derive. To create an oil that protects you from having something, whether some form of transgression or to avoid being seen by those who wish you harm, you would want to begin your charging during the fading of the moon.

Whereas if you were to charge an oil to bring health, intelligence, or fervor, you would wish to let it be touched either by the light of full moon, or the heat of the noon-day sun.

The choice of a base oil is important to this charging as well. The different forms of oil contain the properties of the plants which they were pressed. For example, in the creation of an oil meant to bring or strengthen love, you may wish to take Apricot kernel oil, or perhaps Avocado Oil. Both contain elements of that emotion in them. However, one intended for sexual love should use Avocado oil, as it contains the elements of Lust.

The process of charging an oil in crystal magick is simple enough, however. You will take a crystal, charged with the appropriate energies using either a simple charging ritual, or a focused charging ritual to create a more refined sense of purpose in your oil. The latter benefits you well, as the very purpose of charging oil can be that which you infuse it with.

If you wish to charge the oil with the purpose most closely tied to the plant from which it came, you can use a clear quartz crystal as a base energy source, as it is the purest form of energy available. That being said, you will charge the crystal, and place it within a vial of the oil.

This is to be left either in the light of the sun or moon, and then hidden from all other light for three days. This completed, you will store the oil in an opaque container, as light causes oil to go rancid.