Zigzag symbolic meaning indicates that you should not be easily by the character of someone and try not to move out of their lives. Sometimes you need to understand how valuable you are and do not allow someone to take advantage of you and just work away. On the other hand, you should have the ability to say no because you deserve to live a happy life. More so, you have the skills to make your life valuable and whatever you do will make you feel good about your life. Equally, the process of doing something that brings value.

Zigzag symbolism signifies that you should be firm in everything you and do not question your work. As long as you are doing the right thing then you should keep moving in that direction. Do not let your friends challenge you from doing the things you love. Besides, life is a process and those who understand what they are doing will achieve everything they want. Equally, any zigzag move shows that you are almost losing your path. Seems that you are not sure of where you are heading to.

The zigzag symbol is a common symbol across Native American cultures. Images of this symbol recur in various forms of art including weaving, pottery, basketry, and beadwork. It can also be found in ancient rock art. As a popular motif, the zigzag was extensively used mostly by North American Plains tribes in their artwork and on their tipis, moccasin shoes, bags, clothing, and baby rattles.

Although each tribe seemed to tend toward a specific style, there didn’t seem to be much relative agreement on the zigzag symbol’s meaning(s). In fact, some groups claimed that patterns such as this had no meaning at all: that they were just aesthetically pleasing and thus were merely decorative. Several concrete ideas exist, though, that seems to have spanned across cultures and time. 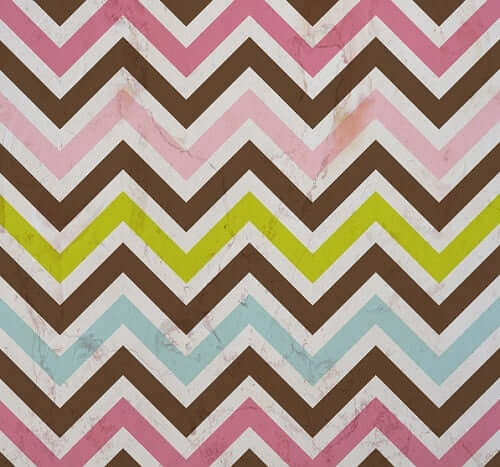 Each individual line that constructs the “z” shape can be viewed as possessing its own unique spiritual symbolism, especially to the Plains tribes. The centerline of the “Z” can run one of two ways, meaning that there are two potential interpretations of its meaning. When this middle line slants toward the left, it is indicative of the path that our soul chooses to take. There will be many paths presented to us throughout our lives, but we inevitably only choose a single path. This path is filled with many separate journeys, all of which nurture our spirit.

Alternatively, if the centerline slants to the right, it is serving as an indication that there are both internal and external forces that are calling to your soul. These forces may be blatant or subtle, but they all serve the same purpose: guiding you to choose the correct path. Finally, the two horizontal lines that run along the top and bottom, connecting the center slant line, symbol the journey through life and your comprehensive understanding of it. The horizontal line also serves to symbolize the connection between Mother Earth and Father Sky.

One of the most common reasons for using the zigzag symbol is that its shape symbolizes lightning. This further accentuates its connection with Father Sky. As an important symbol of change – and rapid change at that – lightning is connected with rain and the fertility and cleansing that it causes. To be cleansed allows for both rebirth and renewal in plants, animals, and humans, both spiritually and, in a more literal sense, physically.

The Native Americans placed a large degree of significance on lightning, as it was a strong and powerful nature occurrence. It was closely aligned with the sacred (and feared) thunderbird, who was a symbol of the ascension toward enlightenment. This association brought themes of truth, honesty, and moral code to the lives of the Native Americans who believed in it.

Nature will help you understand different things that you don’t know. Basically, any zigzag mode will not bring changes in your life. In other words, you still have many questions about the path that you are taking. More so, you have many things that are still pulling you backward. Notably, you can capture your success by choosing your path rightly.

Additionally, many of their legends stated that lightning flashed from the beaks and/or eyes of these birds, making them a seemingly celestial and controlling entity. These creatures were thought to strike down liars and wrongdoers while rewarding the worthy – there was no fooling them regarding truth and character. Fittingly, lightning (and thus the zigzag symbol) were also connected with ideas of divine wisdom.

Along with the thunderbird, lightning is also frequently tied to serpents. This creature, while often associated with evil in Christian and other Western cultures, was a signifier of wisdom in Native American beliefs. Some tribes added a depiction of a snake’s head and rattle tail to their zigzag symbolism patterns in order to fully encompass its resolute symbolism.

As we can see, many opinions and theories existed and continue to exist regarding this and other Native American symbols. Sometimes, we need only do a bit of research to find what we are seeking. More often than not, the interpretation is in the eyes of the beholder. Open your mind and the Earth will speak to you: this is what the Native Americans believed.

Basically, when you see yourself moving in a zig-zag way, then you are not in your right place. Probably, you have questions about where you are heading to. In simple terms, you don’t know whether you are in the right direction. Perhaps, if you want to avoid all these then you need to stick to a spiritual path because it will lead you to the direction you want without having any doubts. Equally, you don’t have any reason as to why you are not taking a spiritual path.

More so, the zigzag symbolic meaning signifies that you have unfinished work that makes you keep thinking about them. To avoid this situation then you have to deal with everything that will make you move forward consistently. Actually, you are the reason why you are in a specific place in your life. Notably, when you do the right thing, you will keep rising to the position you want.

It is better to change your moves. Make the right decision instead of having unworthy questions of where you want to go. Having zigzags in your life shows that you always bounce back instead of moving forward. Equally, be bold enough to take the right direction. Perhaps, the things that are easy to do are actually hard to do. So choose what you are doing wisely.

Native American Zigzag symbolism implies that your wisdom will help you create ideas that will help you not to repeat the mistakes that you did. Nevertheless, you will be in the right place at the right time where you will be in a position to being a positive difference in your life. Perhaps, life is not a competition but how you manage your time will bring a difference.

Share
Previous Death And Loss Meaning: End Of Errors
Next Pheasant Spirit Animal Totem Meaning: A Sign Of Forgetting The Past