Everyone at some point in their lives has to deal with the death of a loved one or some other major loss. This almost always comes as a hard thing for people to accept and process. Most everyone sees loss and death as a terrible thing, and it is likely to feel terrible. If someone you love dies you may be in mourning for months or even years. Even if the loss in your life has nothing to do with death it can still be hard to handle. If you become sick, if someone you care about moves away, or if you’re low on money, then you’re like to feel loss in your life. Even though these things are not as permanent as death, they can still hurt.

This article is here to tell you some of the symbolic meanings of death. Unlike some of this site’s other articles on symbolism, this article will not list off plants and animals that are representative of loss and death. If that is what you are looking for, then you can check out the article on symbolism of memory and memorial. Instead, this article will symbolize death and loss itself, and try to show that there is a positive aspect to death and loss. 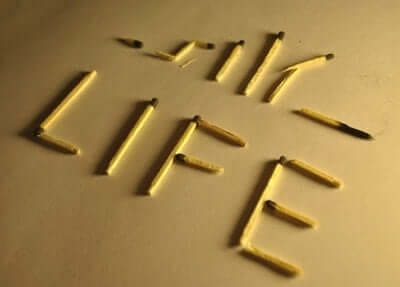 Death and loss, death especially, bring along big changes in a person’s life. Have you ever heard the saying, “When one door closes, another door opens?” This is a great analogy for death and loss. One thing that death and loss symbolize is changes and new beginnings. Although it may seem like nothing good can come out of death, it sometimes can. Often times when someone’s pet dies they will wait a while, and then get a new pet that will love. They probably wouldn’t have gotten the new pet if their old one hadn’t died.


Maybe someone is feeling a loss because their boy or girlfriend broke up with them. It is likely that this person will find love later in life that they wouldn’t have if they have stayed in their old relationship. While loss may seem terrible at the time, it is often acts as a doorway to something that may be better than what you lost.


Death and loss are also symbolized by transitions. Many people think that when they die that they will go to a better place, or otherwise be rewarded if they were good during their lifetime. This is one reason why death should be celebrated in a way. At funerals it is often said that we should not mourn extensively for our lost loved one. But instead be happy that they are in a better place, even if they are there without us.


While we are likely to miss our loved one, if we really do believe that we go to a heavenly place when we die, then it is likely that we will see the people that we love after we die as well. In a way, patience is symbolic of death because of this. We need to wait to be reunited with the people we love, even if it takes years.

In a lesser case, if your child leaves for college or moves away for a job, then we may feel lost without them. However, you can know that they will come back eventually, and you can feel happy that they are doing something important with their lives. It will be a joyous moment when you see them again, and this is something to be excited about, instead of saddened over.

While death and loss is always hard to deal with, it is something that is simply a part of life. Know that death and life give way to new opportunities and changes. Many people believe that everything happens for a reason, and this could be why people experience death and loss in the first place. We need to learn to look on the brighter side of this dark situation to learn from it and become stronger people because of it.