Cultures from all over the world, whether ancient or modern, have a conceptualization, to some degree, of lucky animals. Most of these concepts come from tales, legends, or even old wives’ tales, but where did those originate? Through research, we can find that our ancestors made those attribute connections by making observations of animals in their natural habitats.

Deeming an animal as lucky would have resulted from a few different observations, namely recognizing its ability to escape harm and survive, even in the direst of circumstances. In addition to surviving, animals that thrive identify positive qualities, such as resourcefulness and cleverness.

Whether it is an object, plant, or animal, identifying anything as lucky is a unique and personal experience. Anything that speaks to you or exhibits qualities that you feel may mimic and bring good fortune can be considered lucky. However, many animals are accepted across many cultures as bringing luck to those who encounter them.

The Chinese tradition, in particular, is heavily influenced by animals carrying good luck: the bat, cricket, deer, frog, and pig, to name a few.

We will begin our study with the bat. The bat symbolizes a long and happy life- the Chinese word for bat is also a homonym for good luck. Even with their seemingly limited senses, bats are creatures that live and thrive in the darkness of the night.

The Chinese don bat emblems as amulets or pendants to steer off bad luck, encouraging all that is good and lucky to join their lives. Two bats are often depicted on wedding gifts and cards to convey messages of well wishes, health, and abundance to the new couple.

Crickets are another animal highly regarded for their luckiness by the Chinese. The calming songs that crickets create in the night, in addition to their perceived protective qualities, were what made them appear lucky. People considered them to be the guardians of the household, alerting the homeowners to any potential intruders.

Other ancient cultures worldwide also saw the tiny cricket as a sign of good luck, including people from Europe and the Middle East.

Moving on through the list of popular Chinese good luck animals, we come to the gentle yet alert deer. With its ability to endure the elements and experience the cyclical nature of life, the deer is a popular icon in China. Also, a homonym for the word “income,” deer spirit animal are believed to represent wealth, abundance, and prosperity. Because of this, they are often used by court officials with wishes for fame and a successful career.

Though not a likely choice for an animal of luck, the pig is also a common symbol in Chinese culture. The pig is particularly lucky in the realm of business.

Although the Chinese were and continue to be highly connected spiritually with many aspects of the natural world, other cultures certainly have their fair share of symbolism, as well. 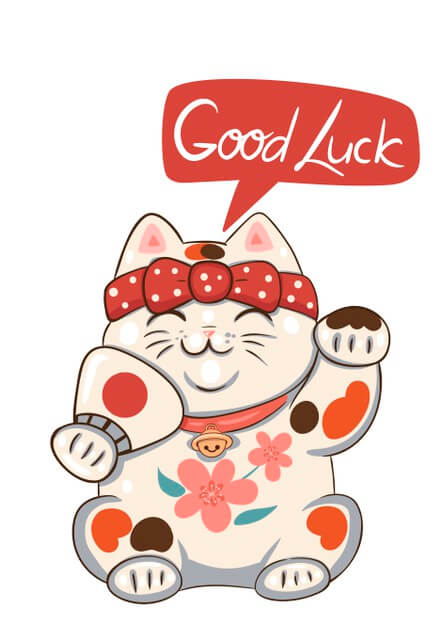 Lucky Animals In Other Cultures

The Native Americans also recognized the significance of the world around them. They turned to the great and mighty bear in terms of luck. It could feed an entire village and provide warmth with its skin and fur. As a creature in the wild, it was thought to have some type of supernatural power. This was due to its ability to sustain itself by hibernating during the winter.

Tens of thousands of years ago, the ancient Egyptians found luck in even smaller creatures: beetles. Specifically, they considered it indicative of luck given from the sun, which was crucial to their harvest. The sun could grant them bounty or condemn them to blight. Beetles come into play because they, too, are heavily reliant on the sun.

Along with the ancient Greeks, the Egyptians also presented their wishes to the goldfish. As a tranquil and long-living animal, the goldfish was a sign of a long and healthy marriage. Thus, it was used as a token to cheer up domestic situations and harmonize the flow of life.

Other symbols of good luck are not mutually exclusive to ancient cultures but rather have apparent inclinations for and all. For example, warriors considered horses to be signs of good luck. Good luck because they provide speed and other advantages on the battlefield. Rabbits are symbols of good luck across the world for their fertility and sexual appetite.

Again, it is up to you to observe animals’ specific characteristics and behaviors that speak to you most and choose what is lucky for your own circumstances and life.