Expanding Your Reality, By Jove!

Jupiter – The Planet Of Expansion

Jupiter is the planet of expansion. Named after the Roman god who shares the same name. Beyond sharing a name, the planet and the god share in many of the same qualities and attributes.

Jupiter (the god) was the supreme deity of the Roman pantheon. Where magickal astrology is concerned, Jupiter (the planet) is second only to the sun in ruling the heavens.

Jupiter (the god) is the spirit of thunder, lightning, and weather. He bestows and withholds rain according to his will. Since pre-Christian Rome was agricultural, they relied very heavily on the rain for their own prosperity. Thus Jupiter became the god of abundance and fertility. These associations were transferred onto the planet Jupiter.

Jupiter is not the only god associated with this planet, though he is the most commonly thought of, since it bears his name. Other gods such as El, Zeus (who is often thought of as closely-tied to Jupiter … if not, in fact, the same exact spirit), Odin, and Thor, as I mentioned in my post titled Magickal Timing.

With the exception of Thor (who is connected to Jupiter by thunder), most of the gods associated with this planet tend to be the rulers of their respective pantheons. This has significance, because it can serve to remind you that Jupiter (the planet) helps you to identify the places in your own life where you can expand your own power base as the King or Queen of your life. 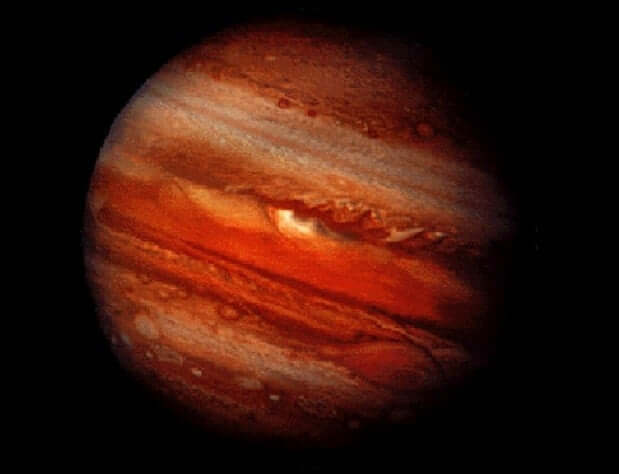 However, the planet Jupiter does not merely give you a sense of your own personal power. It also indicates the places in your life where others will see you shine and recognize your authority. A lot of factors go into deciphering Jupiter’s message about authority and expansion for you.

For example, was Jupiter (the planet) in retrograde when you were born? If so, there’s a message associated with it. If Jupiter was direct, however, there is a separate message for you.

What sign is Jupiter in on your Pre-Natal Chart? Each zodiac sign will hold certain types of influence over the planets, and it will color their messages differently, depending on a variety of factors. (Read about planets in signs)

Another important consideration when attempting to decipher a planet’s message to you is what house the planet resides in on your Pre-Natal Chart.

Jupiter in the first house will make you a born leader, but be careful, it can also lead you to a tendency to be overly self-indulgent.

Jupiter in your 2nd house is a good omen regarding your financial capabilities. Most people with Jupiter in their second house have no problem making money. However, they also have no problem spending that money, so they need to be sure to balance their ledgers.

If Jupiter is in your third house, you will have a variety of intellectual interests. You stand a very good chance of achieving success through education, writing, or some other form of communication.

People with Jupiter in the fourth house are generally family-oriented, and they tend to shine as matriarchs and patriarchs of their families.

If Jupiter resides in your 5th house, you will have a strong tendency to take risks. The good news is that those risks tend to pay off.

When Jupiter is in your sixth house, you tend to shine at work.

Jupiter in the seventh house is indicative of success through marriage (or some other partnership).

Jupiter in the 8th house is someone who has an optimistic and healthy attitude towards life, death, and sex. Even better news is that eighth house Jupiter people tend to lead very healthy lives.

If Jupiter falls into your ninth house, you are more likely to pursue philosophy, religion, or higher education, and you are likely to succeed phenomenally in these pursuits.

Jupiter in the 10th house has a natural ability to lead and inspire. This placement makes it easy for you to work well with others.

Eleventh house Jupiter is popular, and this placement usually indicates a strong potential to succeed through connections.

If you find Jupiter in your twelfth house, you will be kind, compassionate, and charitable. Aside from those wonderful qualities, you will also have a strong intuition, which is almost psychic.

Read About >> The Sage Wisdom of Jupiter

Share
Previous Fairy Grimoire – Manannan Mac Lir
Next Are You Moving To Splitsville? 8 Ways To Break Up With Class