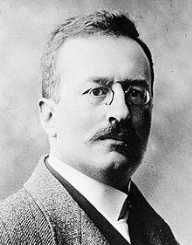 Sven Hedin was born on February 19, 1865. He was a Swedish geographer, photographer and is popularly known for his expeditions to Central Asia where he made a lot of archeological and geological findings. From a young age, he was so interested in travelling. He wanted to become an explorer so badly that he received training from the German geographer and China expert, Ferdinand Freiherr von Richthofen. At the beginning of the 19th century, he embarked to many travels to Central Asia. He never married nor had children as he had committed his life to exploration.

Sven Hedin was born on February 19, 1865, in Stockholm, Sweden. He was born to Abraham Hedin who was a town architect and Anna Sofia Berlin. He was so obsessed with traveling and exploration when the Swedish Arctic explorer, Adolf Erik Nordenskiold, came back to Sweden after his navigation of the Northern Sea Route. In 1885, he graduated from Beskowska Secondary School in Stockholm. He was taught Latin, French, Russian, German, English, and Tartar languages by Erhard Sandgren. From the year 1886 to 1888, he studied geology, mineralogy, zoology, and Latin under the supervision and guidance of geologist Waldemar Brogger. In 1888, he became a candidate in philosophy.

Sven Hedin continued his studies under the German geographer and China Expert, Ferdinand von Richthofen in Berlin. He also attended lectures at the University of Halle-Wittenberg. In 1892, he received a Degree of Doctor of Philosophy with a dissertation titled ‘Personal Observations of Damavand.’

In 1893, Sven Hedin set sail and began his expedition from Stockholm travelling via Saint Petersburg and Tashkent to the Pamir Mountains. In 1899, he went on an expedition to Central Asia. He moved through the Tarim basin, Tibet, and Kashmir to Calcutta. He navigated the Yarkand, Tarim, and Kaidu where he discovered the dried out lake bed of Lop Nur. He continued on his expedition passing going to Leh, and he went ahead to visit Lahore, Delhi, Agra, Benares, Calcutta, and Lucknow.

From 1905 to 1908, Sven Hedin went ahead on an expedition to explore the Trans-Himalaya Mountain range of Tibet and investigated the Central Persian Desert basins, the western highlands of Tibet and the Trans-Himalaya ranges. He returned to Sweden with a lot of geological samples from the expedition. In 1927, he led an International Sino-Swedish Expedition which investigated the meteorological, prehistoric and topographic standing in Mongolia, the Gobi Desert and Xinjiang. He also led the same expedition in 1935.

By 1935, Sven Hedin realized that he had accrued a lot of debts and he did not have enough finances to settle the debts. He resorted to lecturing around Germany to get money to pay off his debts. He also published his works such as ‘My Life as an Explorer,’ ‘Southern Tibet’ and ‘Though Asia’ among other works. His explorations and expeditions led to significant archeological and geographical findings.

Sven Hedin received awards such as the Vega Medal, Livingstone Medal, and Victoria Medal during his lifetime as an explorer. In 1902, he received a charter of nobility from King Oskar II. In 1905 and 1909, he was admitted to the membership of the Royal Swedish Academy of Sciences and the Royal Swedish Academy of Military Sciences respectively. In 1933, he received the Ferdinand von Richthofen Medal from the Berlin Geographical Society.

Sven Hedin never married and had no children because he was committed to exploration. He died on November 26, 1952, at the age of eighty seven. He left his books and personal effects to the Royal Swedish Academy of Sciences.