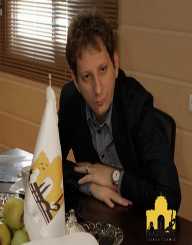 Billionaire Iranian businessman Babak Zanjani was born in Tehran, Iran on the 12 March 1974.

In 1999 Babak Zanjani worked as a driver for the head of Iran’s Central bank. He then began working in foreign exchange.

Babak Zanjani was instrumental in assisting Iran to get around oil sanctions during the presidency of Mahmoud Ahmadinejad. He controlled a global network of companies. From 2010 onwards he used his companies in the UAE, Turkey, and Malaysia to sell Iranian oil. He acknowledged before his arrest that international sanctions were making it difficult for him to pay the Iranian government more than $1.2 billion that they were owed.

In 2013 Babak Zanjani was accused of impropriety after Hassan Rouhani became president of Iran. A moderate, Rouhani had promised to fight high-level corruption. Zanjani was arrested on the 30 December 2013 by Iranian authorities who accused him of embezzlement involving a corruption scandal in Turkey. At his public trial, he acknowledged that he owed the government over $2.5 billion.