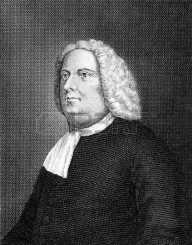 William Penn was born on October 14, 1644, in Tower Hill, London. His father was English Admiral Sir William Penn, but his mother came from a Dutch family. Penn was born shortly after the rebellion against King Charles I and grew up during the rule of Oliver Cromwell. At a very young age, Penn caught smallpox, which led to him losing all his hairs. His parents decided to move to Essex. The young boy loved the country life.

Penn began his education at Chigwell School and later was educated at Christ Church, Oxford. During childhood, his favorite sport was foot racing. When his father’s mission to the Caribbean failed, the family were exiled to Ireland, where his father had lands. Penn was 15 years old at the time. The following year, Cromwell died, and his family could return to England, where the royalists resurged.

In 1660, William Penn enrolled as a gentleman scholar at Oxford. Because of his father’s high social standing, Penn became Cavalier- aristocratic Anglican, however, his sympathies lied with Quakers. To avoid conflict, he became a reclusive scholar and developed his philosophy of life, since he did not want to be associated with his father’s material view on life, or his mother’s society-orientated views.

Penn considered a medical career and took some classes. However, Penn began attending seminaries at Dean John Owen’s house and learned the skills of forming ideas into theory and debating skills.

Owen was fired from his position and he and his followers were threatened with punishments. William Penn stood by his dean and was fined by the university. His father pulled him out of Oxford and hoped to distract him from the heretical influences, however, this caused further trouble in the father-son relationship.

Penn was sent to study in Paris when he was 18 years old. In Paris, Penn found the French manners more refined but the display of wealth did not sit well with him. During this time he began communicating with the French Protestant theologian Moise Amyraut, and the Protestant view on religion began to appeal to Penn. After two years in Paris, he returned to England as a well-mannered and modish gentleman.

His father hoped his son would succeed him as an aristocrat, and had William Penn enroll in law school. His studies were interrupted since Penn decided to join his father at sea during warfare against the Dutch. When his father was affected by gout in 1666, Penn moved to Ireland to manage the family landholdings. He became a soldier and took part in suppressing a local Irish rebellion.

William Penn began attending Quaker meetings and began rising towards their attraction, but he was soon arrested for attending the meetings. Penn was only 22 when he publicly announced he is a Quaker. For his actions, his father denounced him and withdrew him from the inheritance. Penn became associated with the founder of Quakers, and during the 1650s became the first theologian, theorist and legal defender of Quakerism. In 1669, Penn went to Ireland and stayed with several leading Quaker families. In 1671, he went to Germany on behalf of the Quaker faith.

In 1668, William Penn was imprisoned after he wrote The Sandy Foundation Shaken, on official charges for publication without a license, however, the real reason was blasphemy. He was later released from the prison but never showed remorse for his beliefs.

The Church and the King heavily persecuted Quakers and many of them were imprisoned. During this time, his father’s health deteriorated, but he was impressed by his son’s integrity and courage. He left a fortune to Penn and wrote to the Duke of York and the King, who in exchange for his lifetime service, promised to protect young Penn.

When the conditions of Quakers began to deteriorate in England, William Penn appealed to the King and Duke of York and proposed a mass emigration of English Quakers. In 1677, Penn and several other prominent Quakers purchased West Jersey and founded new towns- Chorleywood and Rickmansworth. In 1682, Quakers also bought East Jersey. Penn asked the King to extend the Quaker region and was granted an extraordinary amount of land- over 45,000 square miles, making him the world’s largest private landowner.

William Penn gained the sovereign rule of the land, with all rights except the power to declare war. He called the area “Sylvania,” but the King later renamed it Pennsylvania. In 1682, Penn drafted his charter of liberties, guaranteeing the settlers a fair trial by jury, freedom of religion and free elections. Penn’s political views were later a significant influence on Thomas Jefferson.

In 1684, William Penn returned to England to his family and to resolve a dispute with Lord Baltimore over the land borders. Penn also stopped his publishing, since the prisons were filled with Quakers and the Pennsylvania charter was threatened to be undone. When King Charles died, Duke of York was crowned James II, and he granted the Quakers toleration.

In 1699, William Penn returned to Pennsylvania and found that his province has changed a lot since he left and was grooving rapidly. However, at the time Penn almost transformed into a Puritan, an attempt to control the fractiousness that had developed in his absence. His writing had also changed and had lost its boldness and visionary looks.

In 1701, Penn and his family decided to move back to England. Upon his arrival, Penn faced many financial troubles, paying off the debts of his son. It also turned out that Penn’s financial advisor had cheated him out of thousands of pounds. Penn attempted to sell Pennsylvania back to the Crown, but during his second attempt, he suffered from a stroke. He was not able to speak, and his memory slowly deteriorated. Penn died penniless in 1718 in Berkshire.

William Penn's first marriage was to Gulielma Maria Posthuma Springett. The couple had three sons and five daughters. Springett died in 1696, and two years later, Penn married Hannah Margaret Callowhill. She was at the time 25 years old, but he was 52. The couple had eight children over the next twelve years, but their first two died in infancy.