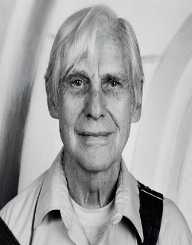 Willem de Kooning was born on April 24, 1904, in Rotterdam, the Netherlands. His parents were Cornelia Nobel and Leendert de Kooning. Sadly, Willem’s parents divorced when he was very young, so he was primarily raised by his mother.

Willem de Kooning dropped out of school when he was only 12 years old so he could pursue a career in art. After dropping out of school, he began working as an apprentice to a designer. Around the same time, he also took classes at the Rotterdam Academy of Fine Arts and Techniques at night. He attended classes at the academy throughout his teen years. While there, Kooning also took on his first art-related job.

Willem de Kooning took on his first artistic career around 1920 when he started to work as an art director at a local department store. He worked here for some time before he moved out of the area completely to move to the United States in 1926.

Once in the United States, Willem de Kooning worked in several art related jobs. Most of these jobs required him to make commercial art. While working these jobs to make a living, he did not have much time to produce the type of art that he wanted to make. It wasn’t until a couple of years after moving to the United States that he resumed making art for fun, and not just for profit.

Around the late 1920’s, Willem de Kooning had resumed making artwork for himself. He started by painting portraits, still lives, and other “normal” types of art. However, before long his style change. Around the 1930’s, Kooning had started to experiment with the abstract style of art. He was inspired by the popular artist Pablo Picasso, who was making the style famous at the time.

In 1935, Willem de Kooning earned another art job, this time working for the Works Progress Administration, which was a federally run art program which allowed Kooning to make public art, like murals. While working this job, he also continued to work on his private art. In 1936, some of his art was put on display at the Museum of Modern Art.  He held this job for two years. He was fired once the group found out that he was not an American citizen.

Kooning’s private art career started to kick off in the 1940’s. It was around this time that he created some of his most famous works of art, including Seated Woman and Two Men Standing. As he continued to make his art, it seemed like each piece became more abstract than the last. One of his first abstract painting was Pink Angels, which he completed in 1945. Willem de Kooning also reached a new milestone in his career when he had his first solo art exhibition at the Charles Egan Gallery in 1948.

In the 1950’s, Willem de Kooning continued to make abstract paintings. However, around this time his focused in subject shifted from that of people to landscapes. Of course, he continued to make the occasional painting with a person as the subject. Some of his most famous paintings from this decade include Excavation and Woman I.

In the 1960’s, Willem de Kooning began to experiment with his art more. He started to use lithographs, and he even worked on designing his art studio. During this decade, Willem de Kooning also traveled around the world to display his art. He spent most of his time traveling around the United States to do this, but he also returned to his home country (the Netherlands) and had an art exhibit at the Stedelijk Museum. Some of his artwork from this decade include A Tree in Naples, Woman, and Litho #2 (Waves #2).

In the 1970’s, Willem de Kooning continued painting and using lithographs, but he also picked up sculpting (at least, he sculpted more than he had in previous decades). One of the materials he was known to work with around this time was bronze. Some of his artwork from this decade include The Marshes, StingRay, Minnie Mouse, and Joe Gould.

Around 1980, Willem de Kooning was diagnosed with Alzheimer’s disease. This impaired his memory and made it difficult for him to paint. He did not make nearly as much art as he had in previous years once he was diagnosed. Some of his paintings from the 1980’s onward include Untitled V, Untitled III, and Rider. Even though Kooning stopped painting in 1991, he continued to tour with his art in various museums around the world until his death.

Willem de Kooning was awarded the Presidential Medal of Freedom in 1964.
Kooning was named an Officer of the Order of the Orange-Nassau in 1979.

Willem de Kooning married Elaine Fried in 1943. This couple remained together for most of their lives. However, they were separated between the mid-1950’s and mid-1970’s. Once the two got back together, they remained in a relationship until Fried’s death, in 1989.