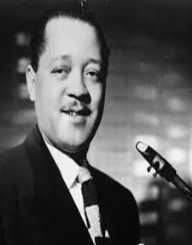 Walter Sylvester Page was born 9th February 1900, to Edward and Blanche Page. He was born in Gallatin, Missouri, in the United States.

Page developed a love of music from a young age. He moved to Kansas City with his mother in 1910, and when he was studying at Lincoln High School, Page took up the string bass under the tutorship of Major N. Clark Smith.

From 1918 to 1923, Walter Page played evenings with the likes of the Bennie Moten Orchestra, and Dave Lewis. He played tuba, bass, saxophone, and string bass.

In 1923, Page joined Billy King’s Road Show, and it was there that he met Count Basie and Jimmy Rushing, who would be future band members with Page. The Road Show didn’t last long, and in 1925, Page formed Walter Page and the Blue Devils. The band continued until 1931 and played around the Kansas area.

In 1931, Walter Page joined Moten’s band. Moten had been stiff competition for Page up until that time. Page performed with Moten until 1934.

Walter Page then worked with small bands around Kansas City for the next few years and then rejoined the Basie Band in 1946 for three years. After leaving the band in 1949, Page continued to work until his death in 1957.

Page was on at least nine album releases including albums with Count Basie, Buck Clayton Lester Young, and others. Some of his albums included The Original American Decca Recordings (1937-39), Jumpin’ at the Woodside (1955), and For Basie (1957).

Walter Page died on 20th December 1957. His death took everyone in the industry by surprise, as he had been performing right up until that time.

It was reported he died from pneumonia that he had contracted on the way to a recording session.