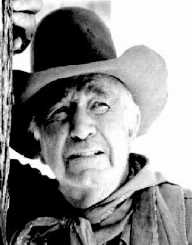 American actor Walter Andrew Brennan was born in Lynn, Massachusetts on the 25 July 1894 to William John Brennan and Margaret Flanagan who were both of Irish ancestry. His father was an engineer who encouraged his son to follow in his footsteps.

As a teenager, Walter Brennan became interested in acting, and he also used to take part in vaudeville shows. After leaving school, he worked in a bank, but this was interrupted by the outbreak of World War I.  Brennan joined up and was sent as a private to France in the 101st Field Artillery Regiment of the United States Army.

Walter Brennan returned home and settled in Boston where he worked as a journalist in finance on a local newspaper. He also made money in real estate but subsequently lost it during a property downturn in the mid-1920s.

Walter Brennan married Ruth Wells on the 17 October 1920, and they remained married until this death in 1974.  The couple had two sons, Michael and Andrew as well as a daughter Ruth. They also had 14 grandchildren. Walter Brennan died on the 21 September 1974.