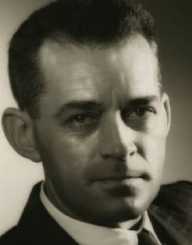 American film director W.S. Van Dyke was born on the 21 March 1889 in San Diego, California the same day that his father, a Superior Court judge, died. His mother Laura Winston was a stage actress who, after her husband’s death, returned to acting, taking her son on tour with her.

Van Dyke later moved to Seattle and enrolled at business school doing various part-time jobs to support himself including working as a waiter and salesman.

As a child touring with his mother in vaudeville and traveling companies, Van Dyke sometimes appeared alongside his mother as a child actor. In his early teens, he went to live with his grandmother in Seattle.

In 1915 Van Dyke moved to Hollywood where he was given a position as director D.W. Griffith’s assistant on the movie Intolerance (1916). He also worked on Oliver Twist as an assistant director. His success in this role meant that he was working as a director by 1917 when he wrote and directed The Land of Long Shadows. He directed Daredevil Jack (1920) which starred the boxer, Jack Dempsey. He went on to make many B grade Westerns and Thrillers including The Avenging Arrow (1921), Trail Rider (1925), The Hawk’s Tail (1919) and Gold Heels (1924).

Van Dyke was signed to MGM in 1926 and continued directing B films. Then in 1928, he directed White Shadows of the South Seas. At this time he was building a reputation as an efficient and at times, demanding director who kept films on budget. His next film was Trader Horn (1931) shot on location in Africa. Tarzan the Ape Man (1932) followed, and this was followed by the hit The Thin Man (1934) which cemented his reputation as a director. He continued directing successful films including San Francisco (1936), Marie Antoinette (1938), a series of musicals with Nelson Eddy and Jeannette MacDonald; Andy Hardy Gets Spring Fever (1939) starring Mickey Rooney and Doctor Kildare’s Victory (1942).

In the early 1900s, Van Dyke married his first wife, Zelda. They divorced in 1935 and the same year he married Ruth Mannix. The couple remained married until Van Dyke died in 1943. Van Dyke and Mannix had three children together.

Van Dyke was diagnosed with heart problems and cancer in the early 1940s.