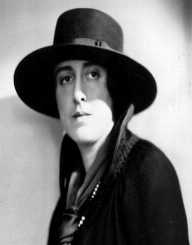 Vita Sackville-West was born Victoria Mary Sackville-West on March 9, 1892. She was an English writer and garden designer. As a result, her work focused on the Kentish rural area where she was born. The Land was a long poem which brought her to fame. The poem showed the beauty of the English rural area.

Sackville-West wrote many novels for example Challenge (1928) and All Passion Spent (1931). Furthermore, her other works included writing biographies and garden books. She was the main character Orlando, in the novel Orlando by Virginia Woolf. Victoria Mary Sackville-West died on June 2, 1962.

Vita Sackville-west was born on March 9, 1892, in Knole House, Kent, England. Vita father was 3rd Baron Sackville and her mother, Victoria Sackville-West. Before joining Helen Wolff’s school, she was at first educated at home. Also, Sackville-West used most of her childhood time in Scott's house, who was his mother’s friend. While there he improved her French language.

In 1920 Vita Sackville-West wrote Portrait of a Marriage. In particular, the memoir was as a result of her hard relationship with Nicolson and Violet Keppel. She, after all, wanted to explain her sexuality which was her life. Additionally, Sackville-West and Keppel published the novel Challenge (1928). The novel explained her love with Keppel.

Woolf, her longtime friend, wrote her most successful novel, Orlando (1928). In essence, the book considers Sackville-West as a person who changed gender at will. Sackville-West published the novel Family History in 1932. The characters in the novel seemed to reflect those of Virginia and Woolf. Other known successful works include All Passion (1931), and Seducer in Ecuador (1924) novels.

Sackville-West poems though less known were long. For instance, The Lands (1956) and The Gardens (1946) showed the relationship between the earth and family traditions. Sackville-West poem Solitude (1938) used bible references which were acceptable at the start of the 20th century. Additionally, she worked on many biographies including Saint Joan of Arc, Saint Teresa of Avila and Therese of Lisieux.

Vita Sackville-West won twice the Hawthornden Prize for Imaginative Literature. The prices were for her epic poem The Land (1927) and Collected Poems (1933).