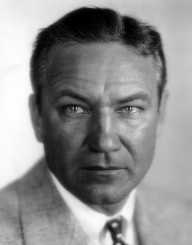 An extraordinarily talented & hard-working Director, Cinematographer, and Producer, Victor Fleming is much less known than his hugely favorite films, The Wizard of Oz and Gone with the Wind.

Victor Fleming pushed actors to their limits with his cruelly honest opinions, but brought out their best performances, in his films.

He is the only director to have two films listed in Top 10 of the American Film Institute’s 100 Years…100 Movies list.

Victor Fleming was born on February 23, 1889. He had a miserable childhood, as his parents were ranch workers. He lost his father at an early age, and a few years later, he worked at his Uncle’s ranch.

Fleming was not very fond of school. He left his studies and took a job as a mechanic. He also got a few jobs as a stunt driver. One fateful day, he met Director Allan Dwan, who gave him a job as a camera assistant.

In his career as a director, Victor Fleming has given several successful films. He was known as the ‘Reliable Journeyman Director’ for his abilities to make any film project work.

His early works were mainly silent action films such as When the Clouds Roll By. His last movie was Joan of Arc released two months before his death.

During the World War I, Fleming was the chief photographer for President Woodrow Wilson at the 1918 Peace Conference, France.

Fleming’s talents as a director made him quite famous in the 1920s. He made several successful films such as Red Hot Romance, Law of the Lawless, The Way of All Flesh, &Lord Jim.

His first major hit was the 1929 movie The Virginian. This video also made actor Gary Cooper, a superstar.

Fleming became associated with MGM in 1932. He created some of his best works for them. This included movies like Red Dust, Bombshell, Reckless, and Treasure Island.

In 1939, Fleming was phenomenally successful. He directed two great movies this year. First came The Wizard of Oz. Known for its breathtaking visuals, this video is still on a must watch list.

He then directed Gone with the Wind. The film made a record for the most Academy Award wins (10) & nominations (13). It has been voted the most popular movie in nationwide surveys.

After the enormous success in 1939, Fleming’s career graph began to decline in the forties. His only notable works in this period were Dr. Jekyll & Mr. Hyde, and Tortilla Fat.

Fleming’s final movie was Joan of Arc released in 1948, two months before his untimely death.

Victor Fleming received an Academy Award for Best Director for Gone with the Wind, in 1939.

Victor Fleming married twice in his life. His first wife Clara Strouse was only 16 when they married in 1909. He was 20. Not mature enough to handle a married relationship, they split six years later.

In 1933, he married Lucile Rosson. This marriage lasted until his death on January 6, 1949, due to a heart attack. Victor Fleming was 59.