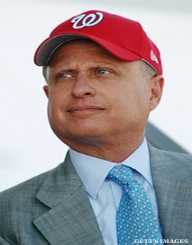 Ted Lerner was born on October 15, 1925. He is an American real estate developer. He is currently ninety one years old.

Ted Lerner was born on October 15, 1925, in Washington DC, United States of America. He was brought up alongside two siblings, Lawrence and Esther. He was born to Jewish parents. He attended Raymond Elementary School. He later joined McFarland Junior High. In 1944, he graduated from Roosevelt High School. He joined the Army after graduation since World War II was on. He joined the Army as a typist. He was stationed at Fort Hood, Waco in Texas. In 1946, he completed his service.

After graduating, Ted Lerner began his law practice. On his first case, he was not paid by his client, and this angered him that he stopped practicing law. He later started a real estate business in 1952. Annet, his wife, offered him a loan of two hundred and fifty dollars with which he established a real estate company known as Lerner Enterprise. His wife was a secretary in the State Department. His first year into the business was challenging but the second year improved for him. He one day met a home builder who had 400 finished houses yet he could not sell them.  Ted sold them and made a reasonable profit. His business also increased. He sold 220,000 homes from 1952 to 1958.

In 1958, Ted Lerner developed a shopping centre. The shopping centre was known as Wheaton Plaza which became one of the first open malls in Washington DC. He opened the centre officially in 1960. In 1965, his company became authorized to issue 95 shares of no-par common stocks. He became the President of the Company and his brother, Lawrence the Secretary. They also acted as directors of the company. The company later purchased two pieces of land in Tysons Centre in Virginia where Ted built Tysons Corner Centre in collaboration with Isadore Guldesky. The Centre was opened officially in 1968.

Lerner Enterprise became a big name in Washington DC as they built many offices, apartments, and homes. In 1983, he removed Lawrence from his post as Secretary which was followed by a legal battle. In 1987, the two brothers settled. Ted became the Chief Operating Authority while Lawrence held no official post. Lawrence, however, remained a shareholder in the company. The Lerner family has established The Annette M. and Theodore N. Lerner Family Foundation. He is a founding member of the United States Holocaust Memorial Museum in Washington DC.

In 1951, Ted Lerner married Annette with whom he has three children. They have nine grandchildren. He has an estimated net worth of $5.7 billion. He is currently ninety one years old.