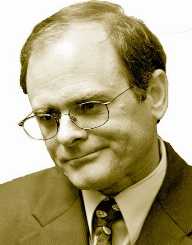 Stephen Peace is an American politician and film producer.

James Stephen Peace was born in the city of San Diego, California, on March 30, 1953. Both of his parents worked as teachers. He studied at the Bonita Vista High School in Chula Vista. He graduated from the University of California at San Diego, with a degree in political science.

From 1982 to 1992, Peace served as a state legislator in the California Assembly. He was a member of the Democratic Party, although he occasionally supported Republicans as well. In 1993, he joined the California State Senate. During his time there, he helped increase the penalties for violent criminals, especially for drug dealers and sex offenders. He also passed the laws to help citizens protect their private information from companies and from identity theft. From 1995 to 1997, he served as the head of the Senate Committee on Energy.

During the time, a bill was passed for the deregulation of electricity. This bill was one of the reasons for the energy crisis in California in 2000 and 2001. Many people blamed Peace for this, although he was actually not the one who wrote and passed the bill. In 2002, he was appointed as the Director of the Department of Finance of California. However, he did not manage to solve the budget crisis. So, he was replaced by Arnold Schwarzenegger a year later. In 2003, he left the California Senate.

In 2005, Peace became a Senior Advisor for the San Diego Padres - a baseball team in the major league. In 2010, he became the head of the California Independent Voter Project – an organization with a goal to change the election process. He was a board member at the Scripps Institute of Oceanography at UCSD. Right now, he is the Board Chairman at Killer Tomatoes Entertainment- a continuation of his old production company.

In 1973, Peace married a woman named Cheryl. They have three sons together.