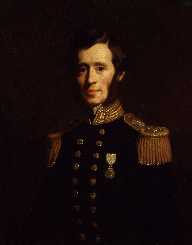 Stephen Austin who became known as The Father of Teas was born Stephen Fuller Austin in Virginia in 1793. He was raised in Missouri after his family relocated there when he was five years old. Stephen Austin was the son of Moses Austin and Mary Brown.

After college, Stephen Austin returned to Missouri and did various jobs including working in the family lead mining business. He was also a militia officer. From 1814 until 1820, he was a member of the Missouri territorial legislature, and in 1820, he was appointed a judge.

Moses Austin, the father of Stephen Austin, was instrumental in the setting up of an American colony in Mexican Tejas. He had traveled to San Antonio in 1820 to obtain a land grant, and in 1821 he received approval to settle 300 families on 200,000 acres of land. After his father died, Stephen Austin took over the establishment of the colony.

In January 1822, Stephen Austin and his colonists arrived at a site he had selected on the lower Brazos and Colorado rivers. Initial problems included protests from the Mexican government who did not recognize the land grant that Austin Snr had obtained in 1820. Austin negotiated with the Mexican government and was finally given the right to colonize the area.

As administrator Stephen Austin negotiated between the Mexican government and colonists, controlled immigration, established the judicial system, oversaw law enforcement. He was also responsible for land surveying, the allocation of land to settlers and the implementation of infrastructure including schools and roads. The Mexican government passed a law putting an end to further American in 1830. Stephen Austin found a legal way of getting around the law which allowed the colony to continue to grow. He worked hard to have the 1830 law repealed, and the Mexicans eventually agreed but would not grant statehood to the settlers. The Mexican President Antonio Lopez de Santa Anna threw Austin in prison accusing him of inciting insurrection.

Stephen Austin was released from prison in mid-1835 and shortly afterward, four months later, on the 1 October 1835, the Texas Revolution began. The Texas War for Independence was won in June 1836, and Austin lost his bid for the presidency when it was awarded to Samuel Houston. Instead, Stephen Austin became Secretary of State for Texas.

Stephen Austin died of pneumonia on the 27 December 1836. He was 43 years of age. Austin never married and left no descendants.