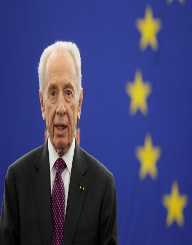 Shimon Peres was born Szymon Perski on 22nd March 1931 to Yitzhak and SaraPerski. Peres’ father was a timber merchant, and his mother was a librarian. His parents were quite wealthy, and his father began dealing in other commodities once the timber business became so successful. He had a younger brother called Gershon.

The family was also educated, with Peres speaking several languages including Yiddish, Hebrew, Polish, Russian, English, and French. As a child, Shimon Peres and his family moved to Mandatory Palestine and settled in Tel Aviv, which was before the founding of the State of Israel. Peres’ father moved initially in 1932, and then the rest of the family followed in 1934.

Peres attended Balfour Elementary School, followed by Balfour High School, then transferred to Geula Gymnasium, which was a high school for commerce. He attended an agricultural school after that and then went to live on Kibbutz Geva. He lived on Kibbutz Geva for several years, and he then co-founded Kibbutz Alumot.

Shimon Peres had a long and distinguished political career. He was in politics for over 60 years and was one of the founding fathers’ generation of the State of Israel in 1948.

He was involved with a Zionist youth movement and was elected to another party after that. Due to his emerging prominence, David Ben-Gurion began to take an interest in him, and Peres was assigned to the Secretariat of Ben-Gurion’s party.

In 1947, Peres joined the Haganah, which was the equivalent to the Israeli Defense Force, before Israel was founded. Ben-Gurion put him in charge of personnel and weapons purchases. Once Israel gained independence in 1948, Peres was then appointed as Head of Naval Services.

For the next few years, Peres worked on forging strategic alliances that would benefit Israel and the purchase of arms. At the time, he fostered a very close alliance with France. Israel, France, and Britain cooked up a scheme to take the Suez Canal away from Egypt by a war in 1956, but the plot failed due to the hostility from both the U.S. and Russia.

In 1959, Shimon Peres was elected to the Knesset. The Knesset is a group that manages the government of the day, elects the Prime Minister and President, and passes the legislation.

Whilst in the Knesset, Peres held the position of Minister of Defense until 1965. In 1969, he became Minister of Immigrant Absorption, followed by Minister of Transportation and Communications in 1970. In 1974, he was once again appointed Minister of Defense in Rabin’s government. Peres had challenged Rabin for the chairmanship of the party on more than one occasion but unfortunately had not been successful.

From 1977 to 1984, Shimon Peres was in opposition. In 1984 his party formed a coalition agreement with the Likud party, and they agreed to a rotation government. Peres was Prime Minister for two years whilst the Likud leader was Foreign Minister. Halfway through the term, they swapped positions.

In 2005, Peres announced his departure from the Labor Party, and his support for the new Kadima Party, run by Ariel Sharon. Soon after, Sharon had a stroke, and the leadership was passed to Ehud Olmert. Peres pledged his support for Olmert, and when the Kadima Party won the next election, Peres was appointed Vice Prime Minister as well as one of the ministerial portfolios.

In 2007, Shimon Peres was voted in and appointed President of Israel. He resigned from the Knesset and had been the longest-serving member up until that time. He remained President until 2014.

Shimon Peres climbed the pinnacle of the political ladder in Israel. He twice served as Prime Minister. The first time was 1984 to 1986, the second time from 1995 to 1996, due to the assassination of Rabin who was Prime Minister at the time. Peres was then appointed President in 2007 and held the position until he stepped down in 2014.

From 1965 through to 2011, Peres wrote 11 books. They were mostly on politics and Israel. Titles included “Ben Gurion: A Political Life,” “The New Middle East” and “For the Future of Israel.”

Shimon Peres was highly decorated with several prestigious awards and honors. Some of the main ones include:

Shimon Peres married Sonya Gelman in 1945. He met her in a youth village, where her father taught carpentry. Sonya shunned the limelight and kept out of the media as Peres became more well-known.

Sonya had not wanted her husband to accept the position of President, and when he did and had to move to Jerusalem, Sonya continued to live in their apartment in Tel Aviv. The couple lived apart from then on, until Sonya’s death in 2011.

The couple had three children, Tsvia, Yoni, and Nehemia. The children are all successful individuals in their rights.

Shimon Peres was considered a protégé of David Ben-Gurion, the first Prime Minister of Israel. Ben-Gurion was widely credited with founding the State of Israel.

In 1994, Peres, along with Rabin before his assassination, was responsible for brokering a peace treaty with Jordan, which was the first time in 46 years that Israel was not at war with Jordan.

In 1996, Peres founded the Peres Center for Peace. The center aims to continue work on lasting peace in the Middle East. The center develops projects jointly run between Israelis and Palestinians to foster peace through areas like culture, education, agriculture and the economy.

Shimon Peres was also regarded as the instigator of technology in Israel. In the 1980’s he was credited as being responsible for the “start-up” economy in Israel. He also launched his nanotechnology fund in 2003.

In 2013, he founded the Israel Innovation Center, which encouraged young people from all races and religions to work together for the advancement of technology. Shimon Peres worked tirelessly over many years, quite often behind the scenes when nobody knew, to foster peace in the Middle East. It is hoped his work continues.