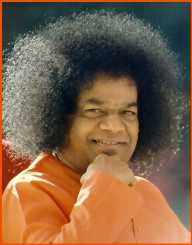 Sathya Sai Baba was a religious guru and a philanthropist from India. He claimed to be Sai Baba of Shirdi reincarnated. He had a great multitude of followers when he was alive, and even in death, his name still lives on through the Sathya Sai organization. Sathya Sai is known for performing numerous miracles over the years. He had a large number of devotees, and partly these were the cause of most of the criticism that marred his lifetime.

Some critics named him a cunning trickster and manipulator, claiming his so-called miracles were nothing more than clever tricks. The believers, on the other hand, praised him for his divine powers and followed his teachings earnestly in a bid to attain spiritual nourishment. Although he had many controversies, there is no doubt that Sathya’s works influenced the lives of thousands upon thousands of people globally.

Sathya Sai Baba was born on November 23, 1926, in Puttaparthi, British India, to the late Peddavenkama Raju and Meeseraganda Easwaramma. His original name was Sathya Narayana Raju. As his mother put it, Sathya’s birth was nothing short of miraculous. She told the people how a bright shining orb materialized from some strange blue light and got into her womb while she was out to fetch water at the village well. It was out of this miraculous experience that she got pregnant with Sathya Sai Baba. He had four siblings; two elder brothers, an elder sister and a younger brother.

As he was growing up, Sathya Sai Baba was quite smart, in general. Nevertheless, he appeared to lean more to the spiritual dimension of things rather than the scientific side. This was in absolute contrast to what other youngsters of his level preferred. He was exceptionally good at drama and music and was a great dancer. Even at a young age, Sathya was ever so charitable and kind, and never hesitated to lend a helping hand in case of need.

A scorpion stung Sathya Sai Baba on March 8, 1940. He was staying at his brother's house in Uravakonda. The sting was quite potent. It left him unconscious for some hours. In the days following the bite, Sathya exhibited strange behaviour that had never been seen by him before. He used to laugh or weep for no reason in particular. Sometimes he would talk for hours on end, and at other times he would remain silent as a rock. Some say that he would occasionally sing verses of Sanskrit, a language that he was hitherto unfamiliar. This awkward behaviour got his parents worried, and they took him to various doctors and exorcists for treatment.

On March 23, 1940, Sathya invited his relatives and out of thin air, he materialized flowers and Prasad which he gave to them. This act got his father fuming, claiming that his son had been bewitched. He even threatened to clobber him with a stick lest he says who he was. On October 8, 1940, the fourteen-year-old Sathya declared, “I am Sai Baba” about the late Sai Baba of Shirdi. That was the first time he proclaimed himself the reincarnation of Sai Baba of Shirdi.

Sai Baba began using his mystical powers immediately after his public proclamation of him being Sai’s reincarnation. He began touring India, performing miracles and healing people wherever he went. He taught the principles of love, ethical behaviour, peace and honesty as necessary for spiritual growth. This was by the philosophy of Shirdi Sai Baba. He also presided over the construction of temples, spiritual schools and a university, the Sri Sathya Sai University.

In 1963, Sathya Sai Baba healed himself from the effects of a stroke and a string of heart attacks that had left one side of his body paralyzed. After his recovery, he proclaimed that he would be reincarnated as Prema Sai Baba. Sai Baba said his reincarnation would occur eight years after his death, which he said would come when he was 96 years old. He died when he was 84 years.

In 1999, the department of posts of the government of India released postage stamps in honor of the work Sathya Sai Baba had done in providing water for the masses.

In 2007, the Chennai Citizens Conclave set up an event at Chennai Nehru Stadium to thank Sai Baba for a multi-million dollar water project that he had completed to supply water to Chennai city.

Throughout his life, Sathya Sai Baba was attacked by critics. The accusations range from murder, sexual abuse, sleight of hand and money laundering. Various scientists and realists have challenged Sai Baba in public, asking him to perform his ‘miracles’ under strictly observed and controlled conditions.

Sathya Sai Baba never accepted any of these challenges, claiming that science should admit its inability to comprehend the spiritual and stop asking for fights it cannot win. Even though together with his followers he vigorously defended the integrity of his miracles, some of them were found to be untrue after investigations were done. Also, the doubtful scientific community takes the failure of his death occurring at the time he prophesied as a victory by itself. This was a valid reason to discredit all of his other controversial works.

Regarding the sexual abuse allegations, a documentary ran on British television where a witness came out and told how Sai Baba has sexually abused by him. The Sai Baba community didn’t hesitate to deny the claims. Sai came out and in a public statement declared that the allegations were false. He said that they were just propaganda spread by mean-minded individuals who only wanted to tarnish his name. He publicly portrayed his fearless nature against his accusers, saying that he would not be scared by the cawing of crows.

In 2003, Sathya Sai Baba suffered an accident during a session with a child. The child, who was standing on a stool, slipped and both the stool and child fell on him. He got a broken hip, and soon after he was confined to a wheelchair. After incidence, his public appearances decreased significantly.

Sai Baba met his demise on April 24, 2011, at the Sri Sathya Sai Super Speciality Hospital in Prashantigram. He had been admitted on 28th March the same year with respiratory problems and had remained bedridden for the whole month. The world mourned his death, and his burial was attended by scores from every corner of the earth. He might be dead, but his legacy will not fade anytime soon.