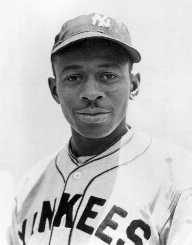 Satchel Paige was born on July 7th, 1906. He was a well-known African-American baseball player. His place of birth was in Mobile, Alabama in the United States. He had been denied opportunities to play in Major Leagues. As a result, he simply began playing in Negro Leagues. He later rose to become a baseball icon. During his early 40s, he managed to play in the Major Leagues. After that, he was instated into the Baseball Hall of Fame. He died at the age of 75.

Leroy Robert Paige AKA Satchel Paige was born on July 7th, 1906. He was the 7th born in a family of 12 siblings. His parents were Lula Coleman and John Page. Paige was born to a poor family as his father was a mere gardener. Lula on the other hand was a washerwoman.

Satchel Paige struggled to help his family in earning money by working in certain odd jobs. For example he sold empty bottles which he picked up at the railway station. In addition to this, he carried bags for businessmen boarding and alighting at the train station. Seeing that he got little pay from carrying one bag at a time, he equipped himself with a pole. This would help him in carrying several bags at a go. Other workers would ridicule him that he resembled a “satchel tree.” This is the point he acquired his name ‘Satchel’.

By the time Satchel Paige was 12 years, he got into trouble with the law several times. As a result, he enrolled for the reform school. The state reform school that he went to was the Industrial School for Negro Children located in Mount Meigs, Alabama. This was a life changer for young Paige. It was at this juncture that Edward Byrd, a baseball coach, recognized him.

While still at the detention in the state school, Coach Edward Byrd fine-tuned his pitching skills for the entire period that he was serving detention. In 1923, Paige left the reform school, 6 months before his detention period elapsed. After this, he began playing for the Negro Southern League in 1926. He broke records while playing with Chattanooga Black Barons.

This made Satchel Paige to rise up in his career. In no time, he was playing for several other teams in the Negro National League. Some of these teams included: Baltimore Black Sox, Kansas City Monarchs, Cleveland Cubs, New York Black Yankees and Birmingham Black Barons. In all his appearances for these teams he was paid handsomely.

Satchel made several tours throughout his career. In spite of the racial discrimination that was rampant during his time, his exceptional skills soon landed him a number of American fans.

In 1948, Satchel Paige’s longtime dreams had finally come true with his grand entry into the Major League. This happened after Bill Veeck signed the talented baseball player into Cleveland Indians team. On July 7th, the same year after signing for the Cleveland Indians, he made his debut in the Major League. This was his 42nd birthday. He had broken records by being the first African-American pitcher to feature in the league. Similarly, he was also the oldest player to star in the American league.

His impact on the team saw Cleveland Indians win the 1948 World Series. Soon, his contract came to an end. He joined St. Louis Browns for the next three years.

Satchel Paige got married to Janet Howard in 1934. She was his long-time girlfriend. Later on, the two separated and Paige married Lahoma Brown in 1947. This couple had seven children together.

Satchel Paige suffered a heart attack in Kansas City, Missouri and died. His death came in June 8th, 1968, a month before his 75th birthday.