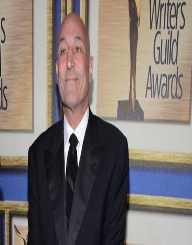 Samuel Michael Simon was born 6th June 1955, to Arthur and Joan Simon. He was born in Los Angeles, California, and was raised in Beverly Hills. His father owned a women’s clothing factory, and his mother owned an art gallery. Simon’s upbringing was one of privilege and comfort.

Simon’s parents wanted him to become a lawyer, but he had other ideas, showing his interest in the arts from a very young age.

Sam completed his high schooling at Beverly Hills High School and was the cartoonist for the school newspaper. He then went on to Stanford University. Initially, he had no inkling to go to college, but Stanford courted him due to his football talent, so he decided to enroll.

Simon quit the football team after only one day, but couldn’t enroll in the drawing class he wanted, as the college didn’t deem him talented enough. He graduated in 1977 with a degree in Psychology, but Simon’s education was of no concern to him.

Sam Simon’s first job was as the sports cartoonist for two newspapers in San Francisco. After he graduated from university, he joined the television industry as a storyboard artist. Sometime later, he became a writer for Filmation Studios. He worked on several animated series, including the well known Heckle & Jeckle, Fat Albert, and Mighty Mouse.

The producer at Filmation thought Simon had excellent writing talent and suggested he submit a script for the series Taxi, which he did, and he was then hired to write for the series.

From 1982 to 1985, Sam Simon was writer and producer for the popular series Cheers, for seasons one to three. He then went on, until 1989, to work on various television series, and had a range of jobs including writer, producer and creative consultant.

Simon then worked with Matt Groening to create The Simpsons, an animated series, that hasn’t been off the air since it first featured on television in 1989. Simon left in 1993 because he wasn’t enjoying the work any longer, but very smartly did a deal that saw him receive income every year from the show, which was a share from the profits. Although reports said he made more than 10 million dollars per year, Simon later suggested that it was “tens of millions” of dollars.

Having been a boxing fan for many years, Simon went into training and won several amateur fights. He also managed Lamon Brewster, who became the World Boxing Organization’s Heavyweight Champion under Simon in 2004. Simon said it was one of the best moments of his life when Brewster won the championship.

Sam Simon was also an accomplished poker player but never became professional. He did, however, get placed in quite a few tournaments, winning thousands of dollars in prize money along the way.

From 1979 to 2012, Simon worked in some capacity on 25 different television series. His different roles included writer, producer, creative consultant, and storyboard artist.

Sam Simon’s best-known work, in a long way, is The Simpsons. The animated series first aired in 1989, and has been so phenomenally successful, that it hasn’t been off the air since.

Simon won two Emmys for his work on The Tracey Ullman Show, and seven Emmys for The Simpsons, which is a beautiful accomplishment. He was also nominated on many other occasions.

In 1996, Simon won a Peabody Award for The Simpsons, and in 2013, he was awarded the Animation Writers Caucus Lifetime Achievement by the Writers Guild of America.

In 2014, Simon was awarded the Valentine Davies Award for his philanthropic and humanitarian work.

Sam Simon had two marriages. The first was to actress Jennifer Tilly, from 1984 to 1991, when they divorced. The pair did remain friends.

His second marriage was to Playboy Playmate, Jami Ferrell. They married in 2000, and the wedding was over three weeks later.

Simon was engaged in 2011 to Chef Jenna Stewart, but the couple didn’t marry, and he then dated Kate Porter from 2012 until his death.

Sam Simon’s legacy will live on through his foundation – the Sam Simon Foundation. The organization was launched in 2002 and has several functions. It has a mobile clinic that visits lower socio-economic neighborhoods and provides free veterinary surgery for dogs and cats. It also rescues dogs and retrains them to help returned servicemen deal with post-traumatic stress disorder. It also has a hearing dog program where the dogs help people who are deaf or hard of hearing.

Simon also made substantial contributions to Save the Children and the Sea Shepherd Conservation Society.

In his will, Sam Simon left millions of dollars to each of several charities that were close to his heart to assist them in their continuing work, which is one of the reasons he is known for his philanthropic work.