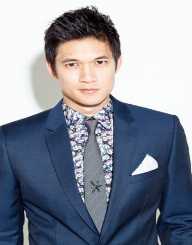 American YouTube personality Ryan Higa was born on June 6, 1990, in Hilo, Hawaii, USA. He is of Japanese descent and was born to parents Wendell and Luci Higa. He also has an elder brother named Kyle.

Ryan Higa attended the Waiakea High School and subsequently completed his graduation from the school in 2008. During his school days, Higa was a judo player and was a black belt holder. He also took part in wrestling. After the completion of his graduation, he moved to Las Vegas. At Las Vegas, he began the study of nuclear medicine at the University of Nevada.

Ryan Higa began posting videos on YouTube when the video-sharing platform was still in a very nascent stage. In 2006, he posted a few videos on the site with an aim to share the videos with only his family and friends. However, his videos caught the eye of the general audience too, and they started posting encouraging comments on his videos. This kind of encouragement made Higa aware of the extensive reach of the platform, and he began to think of ways to use the platform wisely.

In the same year, Ryan Higa along with friend  Sean Fujiyoshi created a YouTube channel named ‘NigaHiga’ and began posting videos on the channel. The videos featured the duo lip-syncing to songs of famous singers. Extending beyond singing videos, they also started posting funny videos and ‘How to be’ videos. The ‘How to be’ videos shared tips on how to become different characters like Ninja, nerd or gangster. These series of videos were top-rated amongst his fans. The videos also featured guest appearances from Higa’s friends like Tim Enos, Ryan Villaruel, Kyle Chun, and Tarynn Nago. Tarynn and Enos had also helped Ryan in setting up the ‘NigaHiga’ channel.

However, the journey on YouTube was not a smooth one for Ryan. YouTube was evolving, and the concept of monetization was initiated on the platform. Day-by-day the rules and regulations of the video sharing platform were getting more stringent. In 2008, Ryan Higa had to face the consequences of the new set of rules and regulations as two of his most popular videos, ‘How to be a Gangster’ and ‘How to be Emo’ were removed from the channel citing copyright violations. A further setback came on January 21, 2009, when YouTube temporarily suspended his channel 'NigaHiga' which had already gained a substantial amount of subscribers.

The platform demanded that the channel removed several of its published videos as they contained copyrighted material. Most of the lip-sync videos on the channel included copyrighted music and hence were removed. Taking a lesson from the major setback, Higa started composing his music for all his future videos. The channel was later re-activated, and the videos ‘How to be a Gangster’, ‘How to be Emo’ and ‘How to be Ninja’ were reinstated back in 2010. By December 2010, the channel had gained over 3 million subscribers becoming the first-ever YouTube channel to do so.

The ‘NigaHiga’ channel has gained over 2.9 billion views. The name ‘NigaHiga’ was coined using two different terms - ‘Niga’ meaning ‘rant’ in Japanese and Ryan’s surname ‘Higa.’ Going by the word ‘Niga,’ Ryan also posts ‘rant’ videos on the channel. Two popular rant videos are ‘Off the Pill,’ a series of videos which showcases Ryan ranting on camera without taking his ADHD pills and the second one is ‘On the Pill.’ ‘Nice Guys’ is the most-watched video of the channel.

In 2011, Ryan Higa created another channel called ‘HigaTV’ which mostly contains videos that show behind-the-scenes footage. After moving to Las Vegas for higher education, Ryan started making videos all on his own. He occasionally teamed up with other YouTubers as well. In 2012, Ryan and Sean founded the Ryan Higa Production Company (RHPC) and began making videos for the NigaHiga channel under its label. Ryan is also the founder of the K-pop group ‘BOYS generally ASIAN.’

Ryan and Sean’s growing popularity as YouTubers attracted the attention of Los Angeles producer and director Richard Van Vleet. Richard proposed the idea of creating a feature-length film starring the two YouTube sensations. The duo gladly accepted the offer and their first feature-length film ‘Ryan and Sean’s Not So Excellent Adventure’ was released on November 14, 2008.

The two were then seen in a 26-minute short film titled ‘Ninja Melk.’ The concept of the film revolved around ninjas and was released in August 2009. The film also starred Higa’s friends Tim Enos and Tarynn Nago. In 2010, Ryan Higa collaborated with Wong Fu Productions to create a 35-minute short film titled ‘Agents of Secret Stuff.’ The film which featured many YouTube stars and actors was uploaded on the NigaHiga channel on November 24, 2010. In 2016, Ryan was seen in the horror flick ‘Tell Me How I Die.’

Ryan Higa, who was once aspiring to be a doctor, is now happy with him being a YouTube personality. He has faced racism during his school days, and this experience has made him a stable boy who remains unaffected by criticism. He takes all kinds of criticism positively and believes that one should not let criticism be a detractor. Ryan’s mother Luci is his manager. From 2006 onwards, Ryan Higa was in a relationship with friend Tarynn Nago. However, the couple broke-up in 2010.