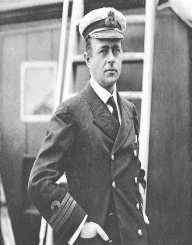 Robert Falcon Scott was born on June 6, 1868, in Plymouth, Devon, England. His father John Edward was a brewer and magistrate. He spent his early childhood in comfort, but after he had already established his naval career, his family suffered from serious financial misfortunes.

His family had a long-standing military tradition therefore he and his brother decided to pursue careers in the armed services. He studied at a local school and later went to the Stubbington House School in Hampshire. The school prepared candidates for entrance examination for naval training. When he passed the exams, Scott began his naval career, only at age 13.

Robert Falcon Scott began his career on the Britannia ship as a midshipman. He passed examinations for sub-lieutenant in 1888 and progressed his career by becoming a lieutenant the following year. He then applied for a position on HMS Vernon for torpedo training. During this time he found out that his family has encountered some financial troubles, and it was up to him to help them. Since there were not many opportunities for career advancement in the Navy, Scott sought for another option. He learned about impending Antarctic expedition with the Discovery. He contacted Clemens Markham from the project and volunteered to lead the expedition.

There were no big discussions about putting Robert Falcon Scott in the leading position of the Discovery Expedition, and he was given the overall command. He was promoted to the rank of commander before the ship sailed for the Antarctic on August 6, 1901. The expedition had scientific and exploration objectives, including the journey to the South Pole. The mission culminated in Scott’s discovery of the Polar Plateau. The mission also collected important biological, zoological and geological findings. At the end of the mission, other ships and explosives had to be used to free Discovery from the ice.

Discovery returned to Britain in September 1904, making Robert Falcon Scott an immediate hero, since the mission had caught the public imagination. He was awarded several medals and honors and was promoted to the rank of captain and King Edward VII later promoted him a Commander of the Royal Victorian Order. After the mission, Scott was occupied with public receptions, as well as writing the expedition record and giving lectures. In 1906, he resumed his naval career, becoming Assistant Director of Naval Intelligence at the Admiralty.

Robert Falcon Scott began to plan his second Antarctic expedition and was released on half-pay from his work to take up the command of the British Antarctic Expedition 1910, also known as Terra Nova Expedition. The main objective of the mission was to reach the South Pile and secure this honor for the British Empire. The ship set sail from Cardiff in June 1910. In October, when the ship arrived in Melbourne, Scott was informed that he is possibly facing a race to the pole.

Terra Nova suffered a series of misfortunes in the first season, which meant less time for preparatory work for the Antarctic winter. However, Robert Falcon Scott overcame the problems, and on November 1, 1911, began the march south with a caravan of mixed transport groups. His group reached the South Pole on January 17, 1912, but found out that Amundsen had preceded them by five weeks.

After the shocking disappointment, the mission began their way back, embarking on a 1300 km journey. Robert Falcon Scott reached the meeting point with the dog teams three days early, on February 27. By March 10, the temperatures became extremely low, reaching -40 degrees Celsius. It became evident that the dog teams are not coming. The prospects of Scott’s party worsened, as the water and food supplies were deteriorating and the team was exhausted. Scott’s toes became frostbitten and the three men remaining made their final camp on March 19, just 18 km short of One Ton Depot. A blizzard prevented them from making a move for the next nine days, and Scott and his team wrote their farewell letters. The bodies of Scott and his companions were discovered on November 12, 1912, and their records were retrieved.

The world was informed of the tragedy on February 10, 1913, when Terra Nova reached New Zealand. Robert Falcon Scott became a national icon, arousing the nationalistic spirit. The survivors of the mission were honored and received polar medals and promotions. In his and the missions honor, more than 30 monuments were set up in Britain. Scott Polar Research Institute at Cambridge was named in his honor.

Robert Falcon Scott met his future wife Kathleen Bruce in early 1907 at a private party of the Edwardian society. She was a sculptress and a socialite and had studied under Auguste Rodin. After a stormy courtship, which included other men seeking for Bruce’s hand in marriage, his efforts were rewarded. The couple married in 1908 at the Chapel Royal. They had one child, Peter Markham Scott, who later became the founder of World Wide Fund for Nature.

After Scott’s death, Kathleen married Edward Hilton Young, becoming Lady Kennet. For the rest of her life, she continued to honor and defend her first husband’s reputation and legacy.