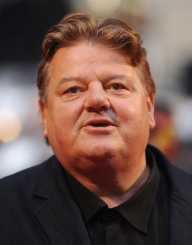 Robbie Coltrane is a Scottish author, comedian, and actor born on March 30th, 1950. He is best known for role in the film series Harry Potter as Hagrid. His first appearance in comedy films began in the 80s with A Kick Up in the British TV comedy.

Robbie Coltrane has also acted in The World is Not Enough and GoldenEye, some of James Bond films. Robbie was known for his mischief back in his high school days. In fact, he almost got expelled after pulling a prank. In 2012, the famous actor voiced in Brave, an animated feature as Lord Dingwall.

Robbie Coltrane alias Anthony Robert McMillan was born on March 30th, 1950. His place of birth was South Lanarkshire, Rutherglen in Scotland. He was the son of a pianist and teacher, Jean Ross and a general practitioner, Ian Baxter McMillan. Ian was also a forensic police surgeon. Annie is his older sister while Jane is the youngest.

Robbie Coltrane attended an independent school located in Perthshire known as Glenalmond College. He pulled a prank while at school one day and was almost expelled.  Other than that, he was a great student. In fact, he was the leader of debating society of the school and played rugby.

He later joined Glasgow School of Art. At the school, his classmates ridiculed him that his accent was like that of Prince Charles. They went ahead to nickname him "Lord Fauntleroy.” After his studies in Glasgow, he was admitted to Moray House College of Education of the University of Edinburgh situated in Edinburgh, Scotland.

Among the first acting roles of Robbie were in Mona Lisa in 1986 and Henry V in 1989. Later in the 1990s, Robbie Coltrane ventured into even bigger acting roles like Nuns on the Run (1990). The following year, he was cast in The Pope Must Die which was later renamed to The Pope Must Diet.

Later towards the mid 90s, he starred as Dr. Eddie "Fitz" Fitzgerald in Cracker. He gave in a performance of a lifetime. As a result, he was honored with the CableACE Award.

Robbie Coltrane has also acted in two of James Bond films.  His first role was in the 1995 film GoldenEye followed by The World Is Not Enough in 1999. In 2001, he began his role as Hagrid in the first episodes of Harry Potter film series. The series concluded in 2011 with the final episode titled Harry Potter and the Deathly Hallows: Part 2. The next year, he voiced Brave, the animated feature.

In 1999, Robbie Coltrane wedded Rhona Gemmell. Before their marriage, the couple already had two children, a son, Spencer, and daughter, Alice