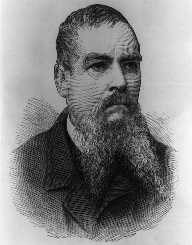 Sir Richard Francis Burton, the great explorer, was skilled at more than a few things. His versatile skills made him a great adventurer and explorer. From spying in brothels to trying to discover the source of the Nile, Richard F. Burton’s life has many stories to tell.

Richard Burton was born into a wealthy family. His father Joseph was an army officer, and his mother had a wealthy background. Burton’s father had an unsuccessful career in the army, but his job inspired Burton to do the same. He had two siblings – a sister Maria Katherine and a brother Edward Joseph Burton.

Richard Burton had a luxury childhood and received top-notch instruction from private tutors in his early years. After early schooling, he went to the Trinity College, Oxford, but was expelled from there.

Burton had a sharp mind, and he learnt a lot of languages on his own by interacting with people from different regions.

Richard Burton enlisted in the army with the intention of fighting in the Afghan wars. However, he was sent to the East India Company, Gujarat in India. He mastered his multilingual skills here and started working as a spy for the government. He was quite successful until his investigation in a Karachi brothel landed him into troubles.

Burton returned home on sick leave after that and then became an explorer.

With his mastery over the art of disguising oneself, Richard Francis Burton found the idea of visiting the city of Mecca quite amusing. The pilgrimage city is forbidden for Non-Muslims to enter. Burton disguised himself as a Muslim and took the pilgrimage successfully. His success pushed him towards other such challenging expeditions like the city of Harar, where Christians are not allowed to enter.

On India, Richard Francis Burton wrote four books, of which ‘Goa and the Blue Mountains’ and ‘Sindh and Races that Inhabit the Valley of Indus’ are quite famous. He also introduced the Great Indian treatise on sex, the Kamasutra to the West.

Burton also tried to find the source of River Nile with John Hanning Speke in 1857. In 1858, he reached till Lake Tanganyika but had to abandon further expedition due to loss of almost all of his equipment. He has recorded his experiences in the book ‘Lake regions of Equatorial Africa.’ He also disputed Speke’s claim that Lake Victoria was the source of river Nile.

Richard Francis Burton was issued a Crimea medal by the British forces for his role in the army.

His exploits as an adventurer and explorer earned him the Founder’s Gold Medal in 1859.

He was also awarded a Knighthood in 1886.

Richard Francis Burton was married to Isabel Burton in 1861. They remained married until his death in 1890.