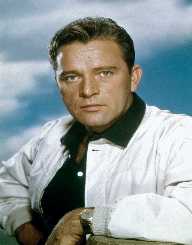 Richard Burton born Richard Walter Jenkins, Jr. was an excellent actor famous for his honeyed baritone voice. Born in a family of 13 children his parents had together, he was the twelfth. His father Richard Walter Jenkins, Sr. was a coal miner besides being a heavy alcoholic and gambler. His mother Edith Maude Jenkins worked as a bartender in a pub called the Miner’s Arms. Richard’s father met her in this pub during one of his usual drinking sprees.

Richard Burton was born on November 10, 1925, in Pontrhydyfen, Neath Port, Talbot, South Wales. He was from a working-class household with inadequate income. His mother passed away when he was only two years old. His elder sister Cecilia and her husband Elfed James took Richard under their wings after the untimely demise of his mother.

Richard received his primary education while attending the Eastern Primary School. During his middle school, he attended the boys’ section of the same school. In March 1937, he appeared for a scholarship examination in the Port Talbot Secondary School and successfully bagged the scholarship. He became the first member of the family to attend secondary school. Right from his childhood days, Richard displayed excellent reading and singing talent. Besides, he earned his expenses by delivering newspapers, collecting horse manures and running messages.

As a boy, Richard Burton won an Eisteddfod prize for singing. This win boosted his confidence, and he made up his mind to replicate the success. Philip Burton, his schoolmaster, lent a helping hand in his quest upon being requested. Thus began his long association with the Burton family and later his adoption by Philip Burton. Under the guidance of Senior Burton, Richard started taking singing lessons.

In 1941, at the age of 16, Richard Burton abandoned his study and decided to work as a miner as his brother-in-law Elfed became ill and was unable to work. He worked for local wartime co-operative committee and also tried his hand in boxing, singing, and even religion. He developed the habit of smoking and drinking during this critical phase.

Richard Burton joined the Port Talbot Squadron 499 of the Air Training Corps Section of the Royal Air Force (RAF) as a cadet. Philip Burton was the squadron commander there at that time. Richard also joined a youth drama group called Taibach Youth Centre founded by Meredith Jones. He played different characters in the dramas enacted at the centre. Both Philip and Jones noticed the talent Richard possessed and decided to restart his schooling. On October 5, 1942, Richard was readmitted into school. In the autumn of 1943, Richard became the legal ward of Philip and adopted his surname Burton, finally abandoning his parental surname.

At the age of 18, Richard Burton went to Exeter College, Oxford. He again went back to the military service as an Air Force Cadet within six months of his joining the Exeter College. He spent the next three years in the RAF working as a navigator.

Richard Burton left the military service in 1947 and signed up with a theatrical agency. He also acted in his first motion picture ‘The Last days of Dolwyn’ during this time. The movie and his acting received critical acclaim. He spent the next two years acting simultaneously in both theatres and movies. Some prominent releases of this period are ‘The Lady’s Not For Burning,’ ‘Now Barabbas Was A Robber,’ ‘Waterfront,’ ‘The Woman With No Name’ and ‘Green Grow the Rushes.’

In 1951, Richard Burton again came into prominence by his characterization of Prince Hal opposite Anthony Quayle in ‘Henry IV Part I’ at Stratford. Richard signed a contract for five years with Alexander Korda in 1952. Hence, when he appeared for his first Hollywood movie ‘My Cousin Rachel’ pairing opposite Olivia de Havilland, 20th Century Fox had to borrow him from Korda. Next came his ‘Desert Rat.’ James Mason and Richard became good friends, and Mason even introduced him to the Hollywood crowd while working together in ‘Desert Rat.’

The biblical blockbuster ‘The Robe’ was released around 1953. Richard received seven Oscar Nominations for his performance in this film. ‘The Robe’ was amongst the first movies that were premiered in Cinemascope. From 1955 to 1960, Richard started acting in theatres and Broadway besides doing his movie assignments. He has some memorable appearances to his credit while working at the Old Vic Theatre. His famous roles of ‘Coriolanus,’ ‘Lago’ and ‘Othello’ in the Theatre and musicals like ‘Time Remembered,’ ‘Camelot’ and ‘My Fair Lady’ are some of the notable ones.

In 1963, Burton appeared in the Hollywood movie ‘Cleopatra,’ a 20th Century Fox Production. It was a grand success for him as far as his Hollywood sojourn was concerned, and the movie is considered the most expensive film of that time. In 1964, Burton did Hamlet for the Broadway. It was staged at the Lunt-Fontanne Theatre in the New York City. Hamlet eventually made the record of longest running theatre in the history of Broadway running for a whopping 137 performances. Burton received a ‘Tony Award’ for his perfect version of Hamlet. His successful films ‘The Night of the Iguana’ and ‘The Spy Who Came in from the Cold’ was released around the same time in 1964.

From 1965 to 1984, Richard Burton appeared in quite some films, successful as well as ordinary ones. His last T.V appearance was in an American miniseries ‘Ellis Island,’ for which he received an Emmy Award nomination. Richard is also the recipient of 2 Golden Globe Awards and a BAFTA award amongst many others.

Richard Burton married Welsh actress and producer Sybil Williams in 1949 and divorced her after 14 years. They have two daughters. In 1964, Burton married co-actress Elizabeth Taylor. They twice married each other and subsequently divorced after a while. Their marriage was always under intense media speculation due to their volatile relationship. In 1976, model Suzy Miller became his third wife. Their eventual divorce came six years after the marriage.

In 1983, Burton married a makeup artist Sally Hay and remained with her till his last. He moved to Switzerland with her to avoid the heavy taxes prevailing at that time. Richard Burton died of a brain hemorrhage in Celigny, Geneva, Switzerland on August 5, 1984.