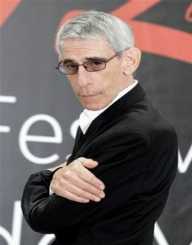 Richard  Belzer is an American stand-up comedian, actor and an author. He has been able to establish himself as one of the top-notch comedian and actors throughout his decades spent in the comedy and films. As an actor, he is known for his role as John Munch in the NBC drama series Homicide: Life on the Street and also his role in Law and Order: Special Victim Unit. He has also featured in other series and films. He has also authored books like How to Be a Stand-Up Comic; I Am not a Cop, Dead Wrong: Straight Facts on the Country’s Most Controversial Cover-Ups and I Am Not a Psychic.

Richard Belzer was born on August 4, 1944, in Bridgeport, Connecticut to Frances and Charles Belzer. He had a Jewish upbringing. Richard  Belzer recalls suffering in the hand of an abusive mother who was physical with him and other siblings. According to him, he found his way into comedy when he used it as tactics to swerve his mother from abusive him.

Richard  Belzer received his education at the Fairfield Warde High School and continued to the Dean College where he was later expelled for leading a demonstration. At age 18, he lost his mother through breast cancer, and four years later his father also committed suicide. Richard Belzer worked as a reporter for Bridgeport Post when he was graduating from high school. He then picked up jobs as a sales personnel and a census taker.

Richard  Belzer ventured into stand-up comedy when he moved to New York City. Singer Shelley Ackerman accompanied him and the two started to mount platforms as stand-up comics at Pips, Catch a Rising Star and The Improv. He later had the opportunity to partake in the Channel One comedy group which would then serve as a drive for his debut movie The Groove Tube in 1974. With a growing presence in comedy in New York, he featured in several ribs breaking comedy shows and also became the warm-up comedian for Saturday Night Live where he also made three other appearances between 1976 and 1978.

Richard  Belzer took on occasional acting roles playing minor roles in films like Fame, 1980, Café Flesh,1982 Author! Author!, 1982 and Scarface in 1983. He also featured in music videos of Mike+ The Mechanics’ Taken In and Pat Benatar’s Le Bel Age. Richard  Belzer played the role of Inspector William Henderson in Lois & Clark: The New Adventures of Superman which was with his famous role as Detective Munch in the series Homicide: Life on the Street, 1993 to 1999 and Law & Order: Special Victims Unit from 1999 to 2013. Richard  Belzer appeared in Trial by Jury which was released on April 15, 2005, Unbreakable Kimmy Schmidt and Jimmy Kimmel Live!

Aside from acting and comedy, Richard  Belzer had some radio session and played on the National Lampoon Radio Hour with other co-stars like Billy Murray, John Belushi, Gilder Radner and Harold Ramis between 1973 and 1975. He also co-hosted Brink & Belzer on WNBC radio in New York and appeared on The Howard Stern Show as a regular guest. Belzer had another radio session including a host of WJFK-FM morning drive program and a guest-host of Air America Radio’s afternoon program.

Most of the Belzer’s books were based on his strong convictions that there was a conspiracy theory behind the assassination of President John F. Kennedy. Four of his books which discuss such conspiracy theories are, UFOs, JFK, and Elvis: Conspiracies You Don’t Have to Be Crazy to Believe, Dead Wrong: Straight Facts on the Country’s Most Controversial Cover-Ups, Hit List: An In-Depth Investigation into the Mysterious Deaths of Witnesses to the JFK Assassination; and Someone Is Hiding Something: What Happened to Malaysia Airlines Flight 370? Two of the books Dead List and Hit List were co-authored by journalist David Wayne and made it to The New York Times Best Seller List. His other books include How to Be a Stand-Up Comic, I Am Not a Cop, and I Am Not a Psychic.

Richard  Belzer has married thrice first to Susan Ross on 1966 and divorced in 1972. He went on to marry a boutique manager, Dalia Danoch in 1976. The marriage also ended in divorce in 1972. He later met Harlee McBride in 1981, and the two became friends until they decided to marry in 1985. McBride had two daughters Bree Benton and Jessica from her previous marriage. Richard  Belzer is a testicular cancer survivor since 1985.