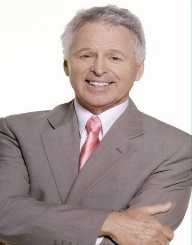 Red Barber was an American sports commentator Born on February 17, 1908, he worked primarily in the Major League Baseball radio broadcasts space. In a career that spanned for more than four decades, Red Barber called play-by-play with teams including Cincinnati Reds, (1939-1953), Brooklyn Dodgers (1939-1953) and the New York Yankees from (1954-1966). He also called the college and professional American football in New York City. Red Barber became one of the first two broadcasters honoured by the National Baseball Hall of Fame.

Red Barber was born on February 17, 1908, in Columbus, Mississippi in the United States of America. He was born to William L. Barber and Selena Martin. His mother was an English teacher and his father a raconteur railroad conductor. Growing up, he wanted to become a singer, dancer, and comedian minstrel shows. However, as vaudeville began to fade out, he had a change of mind. In 1929, he moved with his family to Sanford, Florida.

Red Barber enrolled in the University of Florida, Gainesville at the age of 21 years, majoring in Education with his aim to become a teacher. In his first year at the University, he picked various jobs such as a part-time janitor at the University Club. It was during this time that he had his broadcast gig on the university’s radio station WRUF in 1930. He had sat in for an agriculture professor to read agricultural academic papers after the professor failed to show up. After this experience, he decided to become a broadcaster.

On 4 March 1930, WRUFat the University of Florida hired Barber on a $50 monthly salary. Red Barber soon rose to fame, and that came with a salary increase of $50 a week becoming the director and chief announcer of the station. After four years of work at WRUF, he left to pick a job as the radio voice of the Cincinnati Reds baseball team on WLW and WSAI. Though the position came with a pay cut, he decided to take the chance. He earned $25 a week. He called the opening day for the Reds on April 17, 1934, when the team lost 6-0 to Chicago Cubs. He gained nationwide recognition, and in 1935 the Mutual Broadcasting System paired him with Chicago's Bob Elson and Quin Ryan for the broadcasting of the World Series.

Larry MacPhail moved from Cincinnati Reds to Brooklyn Dodger taking Red Barber with along. While there, he became known for his signature catchphrases which included “They’re tearin’ up the pea patch” – which was used for a winning team, “Sittin’ in the catbird seat” – which was used when a player or team was performing exceptionally well and “Walkin’ in the tall cotton – also used to describe success, among others. He won the admiration of many, and at this time, his vocabulary had expanded with an active command on what he does.  He broadcast the first major league game on television in 1939 on W2XBS, an experimental NBC station

He served as the sports director of the CBS Radio Network from 1946 through 1955.

Red Barber parted ways with Dodgers in October 1953 because of a dispute over contract renewal of $50,000 yearly. Also, Dodger’s owner Walter O’Malley's failure to back him for a higher fee. When he was selected by Gillette for the broadcasts of the 1953 World Series also strained their relationship. Yankees hired him after leaving Dodgers, but he suffered permanent deafness in the one ear after surgery. His contract with was not renewed after expiring in 1966.

Red Barber had announced the low attendance at the Yankees stadium on September 22, 1966, during which only 413 paid attendance out of the 65,000-seat attended the match. Announcing the low attendance, he said, "I don't know what the paid attendance is today, but whatever it is, it is the smallest crowd in the history of Yankee Stadium, and this crowd is the story, not the game." This did not go down well with the team president, Mike Burke, resulting in the nonrenewal of Red Barber's contract. Barber's dismissal from Yankees made him retire from baseball broadcasting. He then wrote books, including his autobiography.

Red Barber married a nurse Lylay Scarborough on March 28, 1931. The couple had a daughter. He died on October 22, 1992, in Tallahassee, Florida.