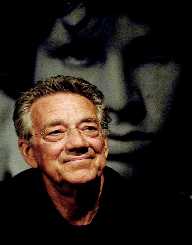 As a young adult, Ray Manzarek attended DePaul University. While there, he primarily studied economics. After completing his education at this school, he went on to enroll at the University of California, Los Angeles (UCLA). While there, he studied film.

The band The Doors was formed in 1965 when fellow UCLA students, Ray Manzarek and Jim Morrison, met and the two clicked. Morrison didn’t intend on being the band’s singer but later took on the role. He was first noticed for his poetry/ songwriting skills. Other early members of The Doors included John Densmore on the drums and Robby Krieger on Guitar. Ray Manzarek gave himself the role of keyboardist in the band.

Shortly after forming The Doors, the band gained enough popularity to be signed on with Elektra Records. The band released their first album, The Doors, in 1967. This band had several smashing hits on their album, granting the band almost instant success. The new-found success encouraged the band to also produce the album Strange Days, which was released later on in the same year. One of their most famous songs from this album was “People are Strange.”

The band’s next album, Waiting for the Sun, was released in 1968, which was soon followed by The Soft Parade in 1969, and Morrison Hotel in 1970. The band released their last studio album in 1971, called L.A. Woman.

The band broke up abruptly in the early 1970’s, after Jim Morrison’s untimely death in 1971. The three remaining member released the album Other Voices in 1971 and Full Circle in 1972. After this, the band members went their separate ways for several years, before later reuniting to create one last album together called An American Prayer, which was released in 1978.

After The Doors broke up in the early-1970’s, Ray Manzarek decided to continue working in the music industry. He continued to produce music for a while, making solo albums before creating a new band called Nite City. He also worked with various other artists on their tracks.

Manzarek’s solo career began in 1974. His debut solo album was titled The Golden Scarab and was shortly followed by The Whole Thing Started with Rock & Roll Now It's Out of Control, which was released in the same year. However, Manzarek didn’t stay solo for long. In the mid-1970’s he formed a new band, Nite City, with Nigel Harrison, Jimmy Hunter, Noah James, and Paul Warren. This band was only together from 1977 to 1978, but in that time they managed to release two albums together: Nite City (1977) and Golden Days and Diamond Nights (1978).

In the 1980’s, Ray Manzarek only produced one solo album: Carmina Burana, in 1983. In the 1990’s, Ray Manzarek played with various other musicians on their albums. Some of these artists included Michael Mcclure and Darryl Read on the albums Love Lion and Freshly Dug.

From 2000 to the end of his career, Ray Manzarek continued to work mostly with other artists, like Michael McClure, Piotr Bal, and Roy Rogers. However, he also produced his last solo album, Love Her Madly, in 2006. Some of the albums that he worked on with the other artists include the Piano Poem: Live from San Francisco, Atonal Head, Ballads Before the Rain, Translucent Blues, and Twisted Tales.

Outside of his music, Ray Manzarek also has a talent for writing. He has written three books. One of his books, Light My Fire, is an autobiographical account of his life while playing with The Doors. His other two books are works of fiction called The Poet in Exile and Snake Moon.

Ray Manzarek’s awards below are for his work with The Doors. Oddly enough, all of the awards were given years after the band broke up.

In 1993, the Doors were inducted into the Rock & Roll Hall of Fame.

The Doors earned their star on the Walk of Fame in 2007.

Ray and Dorothy Manzarek were married in 1967. This couple had one child together: Pablo Manzarek. The Manzarek couple remained married until Ray’s death in 2013.

Ray Manzarek died on May 20, 2013, in Rosenheim, Germany. His cause of death was bile duct cancer. He was 74 when he passed away.