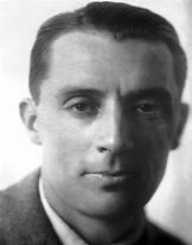 Pierre Curie was a French scientist who is best known for his research with his wife Marie which earned them a Nobel Prize.

Pierre Curie was born in Paris, France on 15 May 1859. His father, Eugene Curie homeschooled curie. His father worked as a doctor and was married to Sophie-Claire Curie, Curie’s mother. Curie was awarded a maths degree when he was sixteen years old and received an honours degree by eighteen.

Pierre Curie met Maria Sklodowska, a Polish student in the 1890s. Maria worked under Curie in his laboratory and the two married in 1895. Together they had two daughters, Irene and Eve. Irene became a Nobel Prize-winning physicist and Eve became a journalist and the author of Marie Curie’s biography.

Pierre Curie's early work in physics was done with his older brother Jacques. The two were pioneers in the field of piezoelectricity. Piezoelectricity deals with the electrical charge that develops in a physical matter under pressure. Curie and his brother’s research focussed on the creation of an electric charge by compressing crystals. Together they developed a scale for measuring the currents and also invented the Piezoelectric Quartz Electrometer to aid in measurement.

Their work was profoundly influential, and today the vast majority of modern digital electrical circuits use crystals. For his doctorate, Pierre Curie undertook a study on magnetism. His research outlined the effect of temperature on magnetism, and his findings are described in Curie’s Law. His discoveries were influential on research on plate tectonics and study of magnetic fields in space.

Pierre Curie's most famous work was completed with his wife. The pair worked on discovering and isolating the elements radium and polonium. Polonium was named after Marie’s home country of Poland. The couple was pioneers in the field of radiation. Curie was also the first person to discover nuclear energy. Curie observed that radium particles emitted heat. These emissions were identified by Curie to fall into three categories, negative, positive and neutral. These were later named alpha, beta, and gamma radiation.

A unit of radiation was named a curie in honor of Pierre and Marie’s work. The Curie’s were awarded the Nobel Prize in Physics in 1903. Curie also became genuinely interested in spiritualism. Curie was an atheist and did not believe that the supernatural existed. However, he did feel that magnetism caused the events linked to mysticism and he wished to study this theory.

Pierre Curie died on 19 April 1906 in Paris. While crossing the road in the rain, Curie slipped and fell. He was killed instantly when a horse-drawn cart fractured his skull. Curie’s wife would later die from the effects of working with radiation. It is likely that had Curie lived he would have suffered a similar fate given his work with the radioactive material and the number of radiation burns he had suffered.