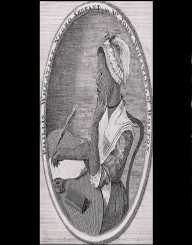 Phillis Wheatley was a West African poet and is famous for being the first known African-American poet to be published under their name.

Little is known about Wheatley’s earliest years; it is estimated that she was born in 1753 in the area of West Africa that corresponds with modern-day Senegal. She gained her name from the slave ship that brought her to America and the family that bought her. She was captured as a child and sold into slavery. She was transported to the British colonies in 1763. The Wheatley family in Boston bought her. John Wheatley was a merchant and bought Phillis to be a servant. The family treated Wheatley well and taught her to their children. Wheatley studied Latin, Greek, and English as well as religion and history.

From the age of fourteen, Wheatley began writing poetry. Her first work was titled, To the University of Cambridge in New England. Her owners allowed her to pursue her literary works and passed her housework on to other slaves. Wheatley would be paraded by her owners at social events to show off her literary skills. Wheatley wrote a poem in praise of George III of England, To the King’s Most Excellent Majesty. Wheatley became well known to Bostonian society in 1770 when she wrote a tribute to a local preacher, George Whitefield.

Phillis Wheatley came under scrutiny as it was not believed at the time that an African could be capable of literature. Failing to find a publisher for her work in Boston, Wheatley was sent with her master’s son to England. There she met the Lord Mayor of London. Again Wheatley attracted the interest of the upper classes, and a copy of her poetry was published in London in 1773 under the title, Poems on Various Subjects, Religious and Moral. This publication brought Wheatley fame in Britain and the American colonies. As slavery was deemed illegal in Britain at the time, Wheatley could not be compelled to return to her family, but she was legally freed following John Wheatley’s death in 1778.

Phillis Wheatley also wrote about her hopes that the American Revolution would end slavery in America. Wheatley dedicated a poem to George Washington and was invited to meet the Revolutionary leader in 1776. However, freed from slavery Wheatley no longer remained a curiosity to the American upper class and found patronage almost impossible to come by. She had to take work as a domestic servant to support herself. Wheatley though was at the time perhaps the most famous African on the planet being known to Voltaire, George III of England and George Washington.

Following her freedom, in 1778 Phillis Wheatley married a grocer, John Peters. The couple had three children together two of them died as infants. Peters was jailed for debt in 1784 and Wheatley, and her child lived in poverty. Wheatley died on 5 December 1784, and her child died hours after her.