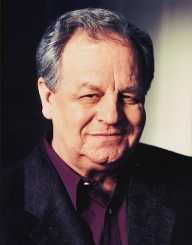 Paul Dooley is an American actor, comedian, writer, and cartoonist. With a career spanning over 60 years, he has worked extensively on stage, television, and film. He is known for his collaborations with legendary filmmaker Robert Altman.

Paul Dooley was born on February 22, 1928, in Parkersburg, West Virginia. He later revealed that he was left frustrated with the absence of a cultural scene in his hometown. Paul spent his time gorging on the daily comedy shows on radios.

He started off as a cartoonist at a local daily and had his own comic strip. After serving the United States Navy, Dooley enrolled himself at the West Virginia University to study acting in 1952.

Dooley moved to New York to find a job in the theatre. In the initial years, Dooley got bit part roles but found regular work on the New York stage. His stand-up comedy acts landed him on The Tonight Show in 1962. Dooley caught the eye of master filmmaker Mike Nichols who at that time was casting for his play ‘The Odd Couple’ on Broadway. Dooley initially bagged the role of a poker buddy but later replaced actor Art Carney to star as Felix Ungar. The Odd Couple premiered on March 10, 1965, and the role earned Dooley considerable exposure. Later he got an agent at William Morris Agency and became a member of the cabaret revue Compass Players, of which Mike Nichols was a notable alumnus.

Always a brilliant character artiste, Dooley is mainly famous for his regular collaborations with Robert Altman. In 1978, he was cast alongside Mia Farrow and Geraldine Chaplin in Altman’s BAFTA nominated comedy drama ‘The Wedding’. Dooley and Altman would then go on to form a brilliant director-actor duo which would entertain the audiences in films like A Perfect Couple, Health, Popeye, O.C. and Stiggs, etc. Dooley also co-wrote ‘Health’ with Altman.

Dooley has been active in the television circuit as well appearing in a number of hit shows. He has been nominated for two Primetime Emmy Awards for his work on ‘Dream On’ in 1994 and ‘Practice’ in 2000. He was nominated For Screen Actors Guild Award in 2007, as part of the ensemble cast of ‘Hairspray’. Dooley made guest appearances in popular series like Desperate Housewives, Bewitched, Sabrina, Hot in Cleveland, etc. He has played recurring characters in TV shows like Grace Under Fire, ALD, Star Trek: Deep Space Nine, etc.

Dooley married Donna Lee Wasser in 1958 and had three children. The couple got divorced subsequently. In 1984, Dooley married Winnie Holzman, who is a Primetime Emmy nominated screenwriter herself. He co-wrote the play with her titled Assisted Living, which premiered in April 2013. They have a daughter named Savannah who is also a screenwriter.