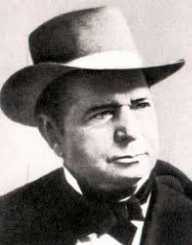 Oliver Fisher Winchester was born in the city of Boston, Massachusetts, on November 30, 1810. His father’s name was Samuel Winchester, and his mother’s name was Sarah Bates. He came from a low-income family and received almost no formal education.

As a teenager, Oliver Fisher Winchester trained to become a church builder. He then opened up his furnishing store. In 1848, Oliver moved to New Haven, Connecticut, and started his clothes manufacturing business. He patented a new type of dress collar for men’s shirts. He mass produced his clothing in his factory. He became successful and decided to start investing his money.

Winchester found out that a division of Smith & Wesson firearms was falling behind. He joined up with other stockholders and gathered up some venture capital. Oliver bought the division and renamed it from the Volcanic Repeating Arms Company to the New Haven Arms Company. He worked with engineers such as Nelson King and Benjamin Tyler Henry.

Oliver Fisher Winchester redesigned old weapons to make new, more efficient versions. His most famous arm was the Winchester repeating rifle, which was a redesign of the Volcanic rifle. Some of his guns were used during the American Civil War. Some also used in different European conflicts. In 1866, he named his business the Winchester Repeating Arms Company.

After Winchester’s death, the company was inherited by his son William. However, he died from tuberculosis a year later. His wife, Sarah, took the inheritance and built a mansion in San Jose, California. The estate was known as the Winchester Mystery House and eventually became a California Historical Landmark. The rifle company changed many owners throughout the years. It was very successful during World War I and World War II. The Olin Corporation currently owns it. The name is also licensed by the Browning Arms Company of Utah and the Fabrique Nationale of Belgium.

Apart from business, Oliver Fisher Winchester was also active in politics. He served as the city commissioner of New Haven. In 1864, he was the Presidential elector for the Republican Party. In 1866 and 1867, he was the Lieutenant Governor of Connecticut.

Oliver Fisher passed away in New Haven on December 11, 1880. He was 70 years old. His body was buried at the Evergreen Cemetery in New Heaven.