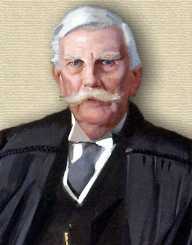 Oliver Wendell Holmes Jr. was born on March 8th, in 1841. He earned his fame for serving the Supreme Court of the United States. He worked as a jurist. This is a post that he held for three decades beginning in 1902 and ending his tenure in 1932.

He also served as the Acting Chief justice for one month in 1930. Following his legal expertise, he was often admired for his experience in common law.

Before joining Harvard College, Oliver Wendell Holmes first attended several private schools. It is after this that he joined the college in 1857. At the conclusion of the Civil War, Holmes signed up for the Union Army in 1861. He suffered injuries three times in the line of duty.

During summer in 1864, Oliver Wendell Holmes Jr. made his return to his family residing in Boston. Around this period, he vigorously debated philosophy alongside his colleague William James. He also wrote poetry during his free time.

When it was evident that the war was soon coming to an end, he joined Harvard Law School. His father pressured him to pursue law. For one year, he took law classes before working as a clerk in his cousin’s (Robert Morse) office.

In 1866, Holmes joined the bar. After this, he began practicing in Boston. After working for a small firm, it did not take time before he wedded Fanny Bowditch in 1872. As a lawyer, Holmes spent time writing essays and articles on Law. Around this period, he worked for the American Law Review as the editor.

Afterward, he made his move back to Harvard where he tutored law. Shortly after, he released a publication dubbed The Common Law.

He later began serving the Massachusetts Supreme Court in 1883. A few years later, he rose to become the chief justice. He offered his services here for a short period before being promoted to a higher post.

In late 1902, Oliver Wendell Holmes Jr. was nominated to serve under the U.S. Supreme Court by President Theodore Roosevelt. Earlier on, this post was occupied by Horace Gray. Gray left the position following his illness. Holmes nomination was influenced by Senator Henry Cabot Lodge.

In 1872, Oliver Wendell Holmes wedded Fanny Bowditch Dixwell. The two lived together until Dixwell passed away. They did not have any children of their own. However, they adopted one of their cousins called Dorothy Upham.