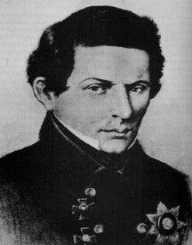 Niels Henrik Abel was a mathematician who was famous for his proof showing that it was impossible to solve a general quintic equation in radicals.

Niels Henrik Abel was born on 5th August 1802, in Nedstrand, Norway. He was the second of seven children, born prematurely to Søren Georg Abel and Anne Marie Simonsen. The family lived in a rectory in Gjerstad on Finnøy, where father Søren was a pastor.

Niels Henrik and his siblings were homeschooled by his father, who was alumni of the University of Copenhagen. Niels was educated using handwritten books, while his mother Anne Marie had little interest in raising her children.

After Norway gained independence in 1814, Søren was a representative to the Storting and went to Cathedral School in Christiania to have meetings.

Thirteen-year-old Niels Henrik went to Cathedral School in 1815; he was sent instead of his other brother Hans, who went there a year later to join him.

In school, Niels Henrik s first met Bernt Michael Holmboe, who saw the young man’s talent in mathematics and encouraged him to pursue the subject.

Søren Abel almost faced impeachment in 1818, he had a public theological argument with Steiner Johannes Stenersen, and insulted host of the Norwegian Constituent Assembly,

Niels Henrik managed to continue his studies with the help of his mentor Bernt Holmboe, who raised enough money to give Niels a scholarship to remain at the school, and for him to attend Royal Frederick University in 1821.

In the University, Niels Henrik managed to solve a 250-year-old problem: a quintic equation in radicals cannot be solved.

Niels Henrik sent it to  Søren Rasmussen and Christopher Hansteen, both mathematics professors in Christiana. The work was confirmed by Carl Ferdinand Degen in the University of Copenhagen, who still doubted the equation.

A year later, Niels Henrik graduated from Royal Frederick University, with a degree in mathematics.

Niels Henrik lived with Professor Christopher Hansteen after graduation and helped brother Peder through his examen artium certificate and sister Elisabeth for employment.

In 1823, Niels Henrik first work was published in Norway’s first scientific journal: Magazin for Naturvidenskaberne. After a few articles, Niels’ work was no longer featured as it was too difficult for normal readers.

Niels Henrik was given money of 100 speciedaler from Professor Rasmussen to visit other mathematicians. His first visit was to Copenhagen to find Ferdinand Degan, where he started working on Fermat’s Last Theorem.

Niels Henrik had aimed to study under more mathematicians but was forced to abandon his tour in 1827 due to limited resources.

During his visits, he discovered the Abelian functions, as well as elliptic functions and algebraic differentials.

Niels Henrik was offered a position as an editor of Crelle’s Journal in Berlin, but he turned it down. In May 1827, he was back in Norway, started tutoring students to support himself, he continued to work on mathematical problems.

Niels Henrik first met Christine Kemp when he was in Christianshavn, Copenhagen. Christine then moved to Son, Norway in 1824. She worked as a governess, and the end of 1824 engaged the pair. Niels Henrik traveled by sled in 1828 to visit his fiancee for Christmas in Froland.

The couple had a holiday in Paris. He passed away at the age of twenty- six, killed by tuberculosis on 6 April 1829.

After his death, a letter arrived stating that he was appointed as a professor at the University of Berlin. He had written a theorem on the addition of algebraic differentials, which was put aside until after his death.