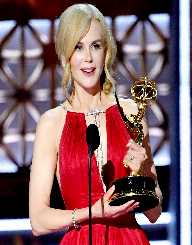 Nicole Kidman was born on June 20, 1967, in Honolulu, Hawaii, USA. Her parents are Janelle and Antony Kidman. She also has one sister, Antonia Kidman.

Even though Nicole Kidman was born in the United States, her parents were Australian citizens, which gave Kidman both American and Australian citizenship. When she was young, her family moved back to Australia, where she spent most of her educational years. While in Australia, she attended Lane Cove Public School for some time before moving on to North Sydney Girls’ School.

After taking a short break from her education after high school, she went on to attend the Victorian College of the Arts. While there, she studied acting. As a child and teenager, she had spent some time acting and dancing, but it was around this time that she began to take the subject more seriously than she had before.

Nicole Kidman first began her professional acting career in 1983 when she appeared in the made-for-television film, Skin Deep. For the first couple of years in her acting career, she had small parts in films and television shows like BMX Bandits and A Country Practice. It wasn’t until 1985 that she earned an important role on the show Five Mile Creek. She acted on this show for one season. Her next major role in a television series was in 1987 when she played Megan Godard in Vietnam. Near the end of the decade, she was also in several made-for-television movies, including Room to Move and Nightmaster.

The 1990’s were some of Kidman’s most active years. During this decade Nicole Kidman was in numerous films, ranging from having small parts to large roles. Some of the films she was in during this decade include hits like My Life, To Die For, Batman Forever, The Portrait of a Lady, Practical Magic, and Eyes Wide Shut.

Nicole Kidman’s fame continued to grow during the 2000’s. She continued to work in blockbuster films. Some of her most famous movies from this decade include Moulin Rouge!, The Others, The House, Bewitched, The Golden Compass, Australia, and Nine.

The 2010’s, Kidman’s career was much like that of the decade before. During this decade, Nicole Kidman continued to make appearances in hit films. Some of the famous movies she was in during this time include Grace of Monaco, Paddington, Secret in Their Eyes, and The Beguiled. In 2017, she also played Celeste Wright in the television mini-series, Big Little Lies. As of 2017, she continues to act in hit films. One up-and-coming film planned to come out soon is the DC comics film, Aquaman.

Over the course of her career, Nicole Kidman has been involved with numerous charities. One of the major charities that Kidman has worked with recently is the UN Women’s charity. With this charity, she helps to raise money to help to end violence against women and to fight for women to have equal rights around the world.

Another charity she has worked with recently is Abolition International. This group helps women who have been sexually or otherwise abused.

Aside from helping women in need, she is also an advocate for children in need. She helps this cause by working with the Sydney Children’s Hospital Foundation. This charity helps ill children in Australia.

Nicole Kidman has earned many awards for both her acting and her philanthropic works. Some of her most impressive awards, with her acting awards listed first, are listed below.

Australian Film Institute Best Performance by an Actress in a Miniseries (Vietnam)
Golden Globe for Best Performance by an Actress in a Motion Picture - Drama (Moulin Rouge!)
Oscar for Best Actress in a Leading Role (The Hours)
Australian Film Critics Association Awards for Best Actress (The Railway Man)
AACTA International Award for Best Supporting Actress (Lion)
Primetime Emmy for Outstanding Lead Actress in a Limited Series or Movie (Big Little Lies)
As of 2006, Nicole Kidman is a Companion of the Order of Australia. She earned this honor for both her acting and charitable works.