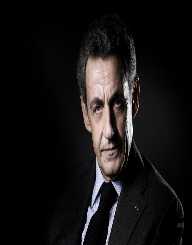 Nicolas Paul Stephane Sarkozy de Nagy-Bocsa is a French politician and former president of France and ex officio Co-Prince of Andorra. Born on January 28, 1955, he served one term in office from May 16, 2007, to May 15, 2012.

Nicolas Sarkozy had 53.1% to the 46.9% of SocialistSegolene Royal during the 2007 French presidential elections. Francois Holland defeated him in the 2012 election with a 3.2% margin as he sought for a second term in office.

After his 2012 defeat, he decided to retire from taking public office but showed up again in 2014 as the leader of UMP (now the Republicans). He contested for the presidential ticket of the party at the Republican presidential primary 2016 but lost. Nicolas Sarkozy is currently facing corruption charges.

Nicolas Sarkozy was born to PálIstvánErn?Sárközy de Nagy-Bócsa and Andrée Jeanne "Dadu" Mallah in Paris. He was the second child of three by his parents. His father became wealthy after founding an owned advertisement agency.

Nicolas Sarkozy grew in Neuilly-sur-Seine, a wealthy suburb of Paris. Growing up his father abandoned the family, but Sarkozy reveals the incident shaped what he has become. He also admits feeling inferior to his taller and wealthier classmates.

Nicolas Sarkozy was not good academically. Hereceived early education in theLyceeChaptal through to high school but failed his sixieme. He then enrolled at a private school, Cours Saint-Louis de Monceau where he received his baccalaureate in 1973. Sarkozy graduated with an M.A in private law with D.E.A in business lawat the Universite Paris X Nanterre.

After his graduation, he served in the military as a part-time Air Force cleaner. Nicolas Sarkozy passed his bar exams to practice law, specializing in family and business law. Sarkozy was one of the French lawyers for former Italian Prime Minister, Silvio Berlusconi.

Nicolas Sarkozy developed and showed great interest in politic during his school days.  He started a professional political career as a city councillor in Neuilly-sur-Seine at age 23. On the ticket of the RPR, he won election as mayor for Neuilly-sur-Seine in 1983. He will stay in office until 2002.

Nicolas Sarkozy served under Prime Minister Edouard Balladur as the Minister for the Budget from 1993 to 1995. His tenure in office saw the country’s public debt increased than any other budget minister. In 1995, Sarkozy supported Edouard Balladur againstJacques Chiracfor President of France. Chirac ultimately became president and Nicolas Sarkozy lost his position as minister for the budget. However, during his second term in office in 2002, Chirac appointed Sarkozy as Minister of the Interior. In 2004, he was made the Finance Minister after a cabinet reshuffle.

In 2004, he won 85% of the votes to become theleader of UMP. After assuming that position, he resigned as finance minister. In 2005, he returned to cabinet as Minister of the Interior without resigning as the leader of UMP.

In 2007, Nicolas Sarkozy was elected unopposed as the presidential candidate for UMP. During the presidential election, Nicolas Sarkozy won the first round with 31.18% with his main contender Segolene Royal of the Socialists having 25.87%. The election went intoa second round, with Sarkozywinning by 53.06% as Ségolène Royal had 46.94%. He was officially handed power as the 23rd president of France on May 16, 2007. His first trip as a president was to Berlin to meetGerman Chancellor, Angela Merkel.

France and the United States were on the rocky paths during the presidency of Jacque Chirac after he refused to send troops to Iraq. After Nicolas Sarkozy took office, he saw the need to resolve this by sending troops to Iraq. It was during his term that France rejoined the North Atlantic Treaty Organization (NATO) in 2009. Nicolas Sarkozy came under criticism for signing an arms deal with Libya’s Muammar Gaddafi. He was instrumental in the military action in Libya that toppled Muammar Gaddafi.

Nicolas Sarkozy approval rating dropped with time falling to the country’s lowest of 26%, Nonetheless, he insisted on contesting for the second term of office. He lost to Socialist François Hollande in the 2012 presidential election. After his defeat, he decided to retire from politic. Nicolas Sarkozy made a comeback to politics after winning the chairmanship of UMP in 2014. In 2016, he decided to contest the presidential slot of the UMP but lost to Francois Fillon. He has since retired from politics.

Nicolas Sarkozy has been under investigations for corruption charges relating to receiving a bribe from former Libyan leader Muammar Gaddafi. Gaddafi’s son Saif-al-Islam Gaddafi alleged that Sarkozy received financial help from Libya during his campaign in 2007. Sarkozy said the allegations were unfounded and without evidence.

He was arrested on March 20, 2018, for questioning on corruption-related issues. He has since beenformallycharged and facing trial in other cases of corruption and influence peddling as he illegally attempted to obtain confidential information from a magistrate years ago.

Nicolas Sarkozy is currently married to singer, songwriter, and fashion model, Carla Bruni. They first met at a dinner party in 2007 and married on February 2, 2008. In 2011, they welcomed their first daughter, Giulia. This was the first time a president of France has had a child while in office.