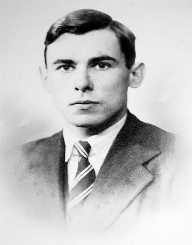 Physicist and Nobel laureate Nevill Francis Mott was born in Leeds, Yorkshire, England on the 30 September 1905 to Charles Francis Mott and Lilian Mary Reynolds; His parents were both scientists who had worked in the Cavendish Laboratory headed by J.J. Thompson. He was also the grandson of Sir John Richardson, the arctic explorer.

His research was done in Cambridge under R.H. Fowler, in Copenhagen, in Sweden under Niels Bohr and Germany under Max Born in Gottingen. Nevill Francis Mott then spent a year lecturing at Manchester University with W.L. Bragg before returning to Cambridge as a lecturer.

At Cambridge University Nevill Francis Mott worked on the collision theory and nuclear problems under Lord Rutherford. In 1933 he was appointed the chair of theoretical physics at Bristol University under H.W. Skinner and H. Jones where he researched the properties of metals and semiconductors. This work included a theory of transition metals, rectification, the hardness of alloys and the latent photographic image. During World War Nevill Francis Mott worked at a military research laboratory in London. This role included directing sensitive war work relating to radar and wave mechanics. He then became the head of the physics the University of Bristol, where he published papers on low-temperature oxidation and the metal-insulator transition.

Nevill Francis Mott became Cavendish Professor of Physics in 1954, and he remained in this position until his retirement. During this time he serves on many government and committees.

Nevill Francis Mott was also involved in the reform of science education in the United Kingdom.

He was chairman of the Pugwash meeting in 1965. Chairman of the board and president of scientific publishers Taylor & Francis, Master of his college, Gonville and Caius, at Cambridge. He was also president of the International Union of Physics (1951-1957). Mott also received a knighthood in the UK.

Nevill Francis Mott won the Copley Medal for his contributions to atomic and solid state physics (1972). The Institution of Engineering and Technology awarded him the Faraday Medal (1973). And in 1977 he shared the Nobel Prize in Physics with Philip W. Anderson and J.H. Van Vleck for their research into the electronic structure of magnetic and disordered systems. Mott also held numerous honorary doctorates.

Nevill Francis Mott was knighted in 1962. He retired in 1971, retaining an active interest in his research into the production of cheap solar energy.