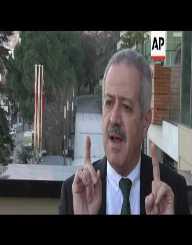 The man who became known as the Arab World’s Neil Armstrong; Muhammad Faris was born on 26 May 1951, in Aleppo Syria. He came from a humble background.

Muhammad Faris trained as a pilot in the Syrian Air Force. His specialty was navigation, and in 1985, he was chosen to be part of the Interkosmos Spaceflight programme. The training programme was run at Star City, outside Moscow. He was one of four Syrian men competing to joining the programme. Two years later, in 1987, he was sent to the Mir Space Station on Soyuz T-M3.  He spent almost eight days in space before returning to Earth, becoming the first Syrian to have gone into space.

On the space station,  Muhammad Faris took helped carry out scientific experiments and took photographs of his homeland from space. The experience changed his thinking, and upon his return, he resigned from the military. He intended spending the rest of his working life educating the people of Syria about science and astronomy. To this end, he asked the President for funds to set up a scientific institute specializing in space science; unfortunately, his idea was rejected outright.

After returning from the space flight, Muhammad Faris became a flight instructor at the air force college where he had initially trained. In time he became head of academy and part of his role as a military advisor. He was thinking about a change to academia when the current crisis in Syria started to erupt.

Muhammad Faris was educated at the Military Pilot School which was part of the Syrian Air Force Academy. He graduated in 1973.

In 1987, he was the first Syrian to go into space. Russia awarded Faris the Order of Lenin as well as the Hero of the Soviet Union award

Muhammad Faris is married and has three grown up children.

In 2011, civil unrest started with peaceful protests and demonstrations.  Muhammad Faris even marched in a peaceful demonstration. As time went by the mood in the country changed,  and he has said in interviews how he watched how his former students reacted in different ways to the situation.  In 2012, as events escalated in Syria,  Muhammad Faris made the decision to leave the country. He is involved with the anti-violence, pacifist Syrian National Coordination Committee for Democratic Change.  He is considered the highest ranking defector from Syria.

After his spaceflight in 1985, Muhammad Faris was nationally recognized with an airport, roads and a school named in his honor. During the Syrian civil war, he left Syria and now lives in Fatih area of Istanbul. From fighter pilot, cosmonaut, military advisor, Colonel to protester, rebel and defector. He now acts as an advisor to the Turkish government.