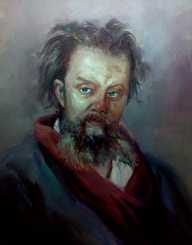 Known as the innovator or game changer of Russian music during the romantic period, Modest Petrovich Mussorgsky left a blueprint in the country's music industry. He can be said as an embodiment of Russian music with his introduction of a unique style contradictory to the Western music. Born in March 1839, Modest Mussorgsky was a Russian composer and a member of the group The Five. His music was based on the historical antecedents of Russia coupled with national themes and Russian folklore.

Some of these include the piano suite Pictures at an Exhibition, the opera Boris Godunov and the orchestral tone poem Night on Bald Mountain. Mussorgsky’s works never went without criticism. Most of them were critical of his style and approach towards music. His name Mussorgsky has had different spellings even by some family members, but he usually signed his name as Musorskiy in letters.

Born in Karevo, Toropets Uyezd, Pskov Governorate Russian Empire, Modest Mussorgsky was trained on how to play piano at a very tender age. His mother, who was a trained pianist, introduced him to the piano at age six. Acquiring enough skills through his rapid learning ability, Mussorgsky was able to perform works of John Field concerto and Franz Liszt for family and friends at age 9. Mussorgsky and his other siblings moved to Saint Petersburg, where they schooled in the St. Peters School.

Throughout the period, Mussorgsky studied piano with Anton Gerke. He was able to perfect his skills that at age 12 (1852), and with sponsorship from his dad, he published a piano piece Porte-enseigne Polka. At age 13, he moved with his family to Saint Petersburg, where he entered the Cadet of the Guard. With his passion for music and resolve to perfect his piano skills, Mussorgsky continued to attend piano lessons with Gerke at his days with the cadet. He usually performed for his fellow-cadets members.

Petrovich Mussorgsky met with a colleague at the military hospital, Alexander Borodin, in Saint Petersburg in 1856. Borodin also introduced Mussorgsky to Alexander Dargomyzhsky who then became enthused with his piano skills. The introduction gained Mussorgsky a fixture at most of Dargomyzhsky's soirées.

From performance to performance, Mussorgsky met with several prominent figures in Russia like Mily Balakirev, Stasov, and César Cui. Identifying a star in, him, Balakirev decided to help Mussorgsky achieve his goals as a composer. Balakirev taught Mussorgsky through other recent music aside from his knowledge of piano music to make him a versatile composer. Mussorgsky love for music became more that he resigned his commission to do music full time and study more.

At age 20, Mussorgsky partook in the production of an opera, A Life for the Tsar through which he had a first-hand theatrical experience. This also afforded him the opportunity to meet prominent people. Mussorgsky started an opera Salammbô between 1863 and 1866 but abandoned the project later. Mussorgsky at this period was employed as a low-grade civil servant.

After his mother’s death in 1865, he took on to alcohol due to the vacuum created in his life. He, however, released his first composition Hopak and Darling Savishna in 1867. The following year, he completed the orchestral version of Night on Bald Mountain.

Modest Mussorgsky then commenced work on an opera on the story of Boris Godunov at age 29. The opera was later rejected after completion in 1871, for theatrical performance due to the lack of a “prima donna” role. He, however, revised the opera in a broader spectrum in 1872 and was later accepted through other holds a contrary view.

He did other works like the Khovanshchina which was never performed until his death. Rimsky-Korsakov later completed it. Mussorgsky life and compositions have been a source of inspiration for many Russian composers like Sergei Prokofiev and Dmitri Shostakovich. Other composers have since revised his opera on Boris Godunov.

Mussorgsky’s career began to decline as the FIVE was gradually disintegrating. In a letter to Statov, he couldn’t fathom the fact that once a stronger force has become soulless traitors. Things became even worse when he lost his friend Viktor Hartmann, and Arseny Golenishchev-Kutuzov also moved away. The feeling of loneliness got him into alcoholism and was seen as a victim to “fits of madness.”

This prompted him to seek the services of a personal physician, Dr. George Leon Carrick, in 1870. His alcoholic lifestyle worsened as time went and became isolated. All this while, Mussorgsky never lost his talent and continued with his artistic and creative output in compositions. In 1874, he released compositions like Sunless, the Khovanshchina Prelude, and the piano suite Pictures at an Exhibition.

Petrovich Mussorgsky then commenced work on a new opera based on Gogol, titled The Fair at Sorochyntsi, but alcoholism won’t let him complete this project. His decline even became deeper and got dismissed from government service in 1880. His condition continued to deteriorate and had suffered several seizures. Mussorgsky died at age 42 just a week after his birthday.

Mussorgsky’s music life was met with missed feelings. He had both good and bad critics from pundits of music. One of his influential critics was Stasov who later became his fan. He could be recalled as referring to Mussorgsky as an idiot in a letter to Balakirev in 1863. People like Rimsky-Korsakov and Tchaikovsky had both praised the right side of him while being critical of his techniques.

Rimsky-Korsakov termed Mussorgsky work as one that lacked harmony, had terrible part writing and inconsistent modulation. He, however, urged him to blend his style with a performable and artistic composition which would better suit his talent. Anatoly Lyadov though agreed with some of the critics; he noted that, though it was easy to correct Mussorgsky works, it loses its originality and character when that is done.

Nadezhda von Meck though admitted Mussorgsky was very talented and stands out among members of The Five, ended with criticisms. Von Meck referred to him as static and not ready to learn. He expressed worry of Modest Mussorgsky’s ignorance and reluctance to change and being stacked in his belief of ways of doing things.