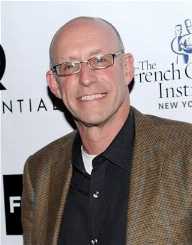 Michael Pollan has lived his life as an author, professor, and activist who communicates to his audience through books. He has specialized in books that pertain to diet and healthy living with several of his books taking root in the American society. His writings cut across every aspect of healthy living from farm work to the consumer’s level. He began with the book ‘Second Nature: A Gardener’s Education’ which was addressed to farmers and environment conservatives. He also wrote ‘The Omnivores Dilemma,’ ‘In Defense of Food’ and many others about foods encouraging a healthy lifestyle.

Michael Pollan was born and raised in Long Island, New York on February 6, 1955, to Stephen Pollan and Corky Pollan. He enrolled at Bennington College from where he graduated with a B.A in English. In 1981, he also got an M.A in English having finished his course at Columbia University. After college life and studies, he found employment to write and publish for magazine companies.

At the verge of his literary work, Michael Pollan began focusing on his publications and had his first book published in 1991. The book was known as ‘Second Nature: A Gardener’s Education’ where he expressed his passion for nature and how it can be conserved in a natural way. His quest was not to end just in nature or food but he expanded it even to building and construction. ‘A Place of My Own: The Education of an Amateur Builder’ was published several years later that was renamed ‘A place of My Own: The Architecture of Daydreams.’

His writings also touched on plants and man in their mutual relationship therefore the book ‘The Botany of Desire’ was published. How man related with plants like tulips, potatoes, apples and marijuana was his major theme in the book. Pollan also became the Professor of Journalism at UC Berkeley’s School of journalism and headed the Knight program in Science and Environmental Journalism. One of his books ‘The Omnivore’s Dilemma’ was at top five best publications of the year in 2006. The book was also considered as the best in terms of addressing matters of food by James Beard Foundation.

Michael Pollan also wrote articles about the human Psychology like ‘Greater Good’ and ‘Edible Ethics.’ He also appeared in the ‘Food, Inc.’ documentary in 2008 as a consultant and in PBS Special Program. Other books include ‘Food Rules: An Eater’s Manual’ (2009) and ‘In Cooked: A Natural History of Transformation’ (2013). The books describe how man can be temperate in eating and how he can best cook his food.

Michael Pollan has become a popular figure especially in conferences and seminars that address healthy living. His works have been printed and re-printed in a number of magazines to educate many on matters of health and good diet.

Two of his books turned out to be the most desired in bookshelves and reading places. ‘The Omnivore’s Dilemma’ and ‘In Defense of Food’ have proved to be beneficial to many readers who would want to maintain a constant lifestyle.

Michael Pollan has a sister known as Tracy Pollan and is married to Judith Belzer with whom have stayed with for 22 years. The two have lived to enjoy the tokens of healthy lifestyle and are blessed with a son known as Isaac. They reside in their humble abode in Bay Area.