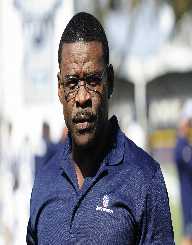 Michael Jerome Irvin was born on March 5, 1966, in Fort Lauderdale, Florida. He was the 15th of 17 siblings in his family. Irvin attended the Piper High School and then went to study at St. Thomas Aquinas High School, where he became a football star. During his senior year, Irvin was heavily recruited by the University of Miami, and he took a deal to play for the Miami Hurricanes.

During his time with Miami Hurricanes, Irvin, under the coach Jimmy Johnson, set school records for receptions, receiving yards and touchdown receptions. In 1987, as a part of Miami’s national championship team, Irvin set a school record scoring on a 73-yard fourth-quarter touchdown pass, which secured the team national championship game against Oklahoma Sooners. In 1988, he was declared for the NFL Draft.

In 1988 NFL Draft, Irvin was selected in the first round of the 11th selection by the Dallas Cowboys. During his first season, Irvin started the season as an opener and caught his first professional career touchdown. In his rookie season, Irvin finished the season with leading 20.4 catch average. Dallas Cowboys finished the following season with devastating 1-15 records, and Irvin only played for six games due to his injuries. He tore his anterior cruciate ligament and could not play until 1990s fourth season game.

In 1990, the team began to improve and finished the season with a 7-9 record. The following year, Dallas already rose to 11-5 record, where Irvin was a major reason for their results. He finished the 1991 season with 93 receptions, 1,523 receiving yards, eight receiving touchdowns and set a franchise record of seven 100-yard games. During this season, he was selected to the All-Pro team.

During his time with the Cowboys, the team made four straight appearances in the NFC Championship Game, from 1992 to 1995. From 1991, throughout the next seven years, Irvin made 1,000-yards seasons in all but one year. Cowboys won three Super Bowl titles in a row. Irvin’s best season in his career was in 1995 when he set franchise records with 111 receptions and 1,603 receiving yards. He also scored ten touchdowns in 11 games with over 100 yards receiving.

In 1992 and 1993, Irvin was the key player on the Cowboy’s Super Bowl teams. In the 1994 NFC Championship Game against San Francisco 49ers, Irvin had one of the most productive games in NFL playoff history, with 12 catches for 192 yards and two touchdowns. In the Super Bowl XXVII Irvin caught seven passes for 114 yards and two touchdowns, which occurred in the second quarter in 18 seconds- the fastest pair of touchdowns ever scored by one player in Super Bowl history.

In 1996, Michael Irvin suffered a collarbone injury but returned to the game in 1997 and 1998 seasons. During the fifth game of 1999 season, Irvin was tackled by Philadelphia Eagles defensive back Tim Hauck and went head-first into the turf. He has carted off the field from the game that proved to be his last. He sustained a cervical spinal cord injury and was diagnosed with a narrow spinal column, which forced him to retire.

In 1996, Michael Irvin and his teammate Erik Williams allegedly sexually assaulted a Dallas Cheerleader Nina Shahravan, while under the influence of cocaine. A gun was put to her head, and the assault was videotaped. However, it turned out that the incident was fabricated and Shahravan recanted the story, pleading guilty to perjury and filing a false police report. After his retirement, Irvin was arrested on charges of drug possession. In 2007, he was accused of sexual assault which occurred at the Seminole Hard Rock Hotel & Casino In Hollywood.

In 2005, Irvin was the co-star in the movie The Longest Yard. He was also a guest star in Adam Sandler’s film Jack & Jill in 2011. Irvin hosted the Spike TV series 4th and Long. He has also infested in the Elite Football League of India.