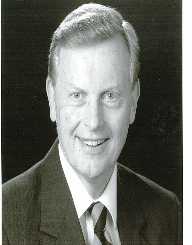 Max Born was born on December 11, 1882. He was a German physicist. He was also a mathematician who was significantly involved in the development of quantum mechanics. He also made contributions to solid state physics and optics. In 1954, he won a Nobel Prize in Physics. He was a friend of Albert Einstein. He was forced to leave his homeland because of the Nazi Invasion. He made a lot of success in physics and mathematics, but at the beginning of his career, he was not being given attention like other scientists. This is because he was shadowed by other scientists who had already made it. He died on January 5, 1970.

Max Born was born on December 11, 1882, in Breslau, Poland. He was born to Gustav Born who was an anatomist and embryologist and Margarethe Kauffman. His father was also a professor of embryology at the University of Breslau. His mother died in 1886 when he was four years old. He had two siblings, Kathe (sister) and his half-brother Wolfgang. He attended the Konig-Wilhelm Gymnasium in Breslau. In 1901, he joined the University of Breslau. He was nineteen years old when he entered the university. In 1904, he enrolled at the University of Gottingen. At the university, he met mathematicians David Hilbert, Felix Klein and Hermann Minkowski. He, later on, became David Hilbert’s personal assistant. At the personal assistant, he was tasked with transcribing Hilbert’s lectures.

In 1906, Max Born earned a PhD in mathematics at the University of Gottingen. He, later on, joined the army where he served for six months. He did not stay in the army for long because He was diagnosed with severe asthma attacks that were not suitable for him in the army environment. In 1907, he was introduced to special relativity which was Albert Einstein’s work. He later began to work with Minkowski on special relativity. Minkowski died before they could submit their findings to the Gottingen Mathematics Society.

In 1909, Max Born presented his findings to the Gottingen Mathematics Society where he was met with a lot of resistance but he continued with his research. In 1915, he co-wrote ‘The Dynamical Theory of Crystal Lattices’ with Kun Huang. In 1923, he published ‘Die Relativitiitstheorie Einsteins and Hire physikalischen Grundlagen’ which influenced quantum mechanics. The work was received well by Einstein. In 1933, he moved to England to teach at Oxford University. Max Born also taught at the Cambridge University and the University of Edinburg.

In 1934, Max Born won the Stokes Medal of Cambridge an award presented to him for his contributions to analytical chemistry. In 1935, he published the books ‘Atomic Physics’ and ‘The Restless Universe’. In 1939, he became a Fellow of the Royal Society. In 1943, he published the book ‘Experiment and Theory of Physics’. In 1949, he penned ‘A General Kinetic Theory of Liquids’ and ‘Natural Philosophy of Cause and Chance’ while lecturing at the Oxford University. These works of his created a foundation for the kinetic theory.

In 1913, Max Born married Hedwig Ehrenberg with whom he had three children, two daughters, and a son. He died on January 5, 1970. His remains were interred at the City Cemetery in Gottingen. In 1972, The Max Born Prize was established by the German Physical Society and the British Institute of Physics.