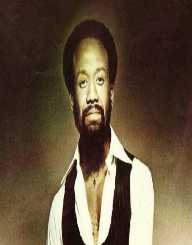 Maurice White was born on December 19, 1941, in Memphis, Tennessee, USA. His brothers were Fred and Verdine White. He also had several other siblings.

As a young adult, Maurice White attended the Chicago Conservatory of Music. After graduating from this school, he immediately went on to performing music professionally.

Maurice White began his professional music career in 1963 when he began working as a studio drummer for the Chess Records recording company. He worked for this record company for several, working with various bands throughout his tenure at the company.

In 1969, Maurice White formed his own band, which he first called Salty Peppers. However, it wasn’t long before he changed the band’s name to what it is best known as now: Earth, Wind, & Fire. When the band was first founded, there were several other band members, including White’s brother, Verdine White. Other band members included Michael Beale, Leslie Drayton, Wade Flemons, Yaakov Israel, Sherry Scott, Alexander Thomas, Chester Washington, and Don Whitehead. Together, the brother’s produced the band’s first two albums, Earth, Wind, & Fire and The Need of Love which were both released in 1971. However, these first two albums were not very popular.

In 1972, many members of the band left and were replaced. The only original band members were White and Verdine White. New band members included Philip Bailey, Roland Bautista, Helena Davis, Jessica Cleaves, Larry Dunn, Ralph Johnson, and Ronnie Laws. This band produced one album, in 1972 (The Last Days and Time) before adding and removing more band members in 1973. Bautista, and Laws left the band. New members in this year included Johnny Graham, Al McKay, and Andrew Woolfolk. This grouping of members produced the album Head to the Sky in 1973.

In 1973-74, there were some minor band changes. Davis and Cleaves left the band. Fred White, another one of Maurice’s brothers, joined the band as a percussionist. This band arrangement then stayed the same for the rest of the decade, allowing them to be productive in their albums. Together, they produced several albums, including Open Our Eyes, That’s the Way of the World, Spirit, All ‘n All, and I Am.

When the band reformed in 1987, there were some member changes to the band once again. Graham, Fred White, and Bautista left the band. The new members included Sonny Emory, Sheldon Reynolds, Dick Smith, and Vance Taylor. This band arrangement remained the same for the remainder of the 1980’s. Together, the band released the albums Touch the World and Heritage.

It wasn’t until 2003 that the band released their next album, The Promise. By this time, the band had gone through many changes. By this time, Carwell, Emory, Reynold, Pleasure, Romero, and McKnight had left the band. They were replaced by Robert Brookins, Myron McKinley, John Paris, Daniel de Los Reyes, Kimberly Brewer, and John Johnson. The band’s next album, Illumination, was released in 2005. By this time, the band members had changed again. Reyes and Brewer had left the band, and Kim Johnson, Greg Moore, and Vadim Zilberstein had joined.

The band took an almost decades-long break from releasing albums, with their next album being released in 2013 (Now, Then & Forever). By this time, the band members had changed again. Johnson, Moore, and Zilberstein left the band. Philip Bailey Jr., Morris O'Connor, and Serg Dimitrijevic joined the band. The band’s most recent album, Holiday, was released in 2014.

Most of White’s awards were tied to the accomplishments he shared with his band members. Some of the band’s most impressive awards are listed below.

Maurice White has been inducted into both the Rock and Roll Hall of Fame, Vocal Group Hall of Fame, and the Songwriters Hall of Fame. The band also has a star on the walk of fame.

Maurice White had honorary degrees from both the Berklee College of Music and the Columbia College of Chicago.

Maurice White was married to Marilyn White for most of his life. This couple had three children together: Eden, Hamia, and Kahbran.

Maurice White died on February 3, 2016, in Los Angeles, California, USA. The cause of his death was complications due to Parkinson's disease, which he had been diagnosed with since 2000.  He was 74 years old when he passed away.