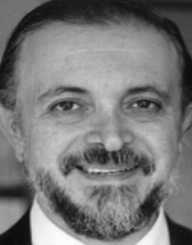 Mario J. Molina was born on March 19th, 1943. He is a celebrated Mexican chemist mainly due to his contribution to the unveiling of the Antarctic ozone hole. He has also worked at the University of California as a professor. He is a Nobel Prize winner in chemistry. This is an award that he was given in 1995. This made him the first Mexican native to be awarded this prize in the chemistry field. Molina has also earned high acclaim for being the climate advisor to Enrique Peña Nieto, the president of Mexico.

Mario J. Molina was born on March 19th, in 1943. His place of birth was in the city of Mexico. He was the son of Roberto Molina Pasquel, a diplomat and Leonor Henríquez who was his mother. Growing up, Molina was quite close to Esther Molina, his aunt. Esther had a profound influence on the upbringing of Molina during his childhood years.

His interest in chemistry was evident from the time he was young. At some point, the event went ahead and created his chemistry lab by converting a bathroom. His aunt Esther had a huge influence in helping him carry out his early experiments. Esther was a chemist by profession, and this created an advantage to Molina as he was in a better position to diversify his interest in the chemistry field.

Mario J. Molina took his early education by enrolling in institutions found in Mexico. Later he moved to Switzerland where he enrolled with Institut auf dem Rosenberg. After that, he went to the National Autonomous University of Mexico- UNAM where he obtained his bachelor’s degree in 1965. He did not stop here as he went for his further studies at the Albert Ludwigs University of Freiburg. Later, in 1972, he earned his chemistry Ph.D. at the University of California situated in Berkeley.

In 1974, Mario J. Molina partnered with Frank Sherwood Rowland and together published an article on Nature. This article pointed to the negative effects of CFCs on the earth’s ozone layer. During this time, CFCs were mostly used in refrigerators and as chemical propellants. Following their interest in educating the community, the pair organized for a press conference during the American Chemical Society meeting held in Atlantic City.

They strived to make it clear that CFCs were banned from being released into the atmosphere. Scientists and product manufacturers highly doubted Their visions. Two years later, they agreed after the National Academy of Sciences published a review. This was followed by global efforts that would try and eliminate CFCs, e.g., in refrigerators and aerosols. Due to these efforts, Molina was bestowed with a Nobel Prize in Chemistry.

Mario J. Molina wedded Luisa Y. Tan in 1973. Tan was also a chemist. This marriage was however not successful, and the two ended up divorcing each other. He married Guadalupe Álvarez as his second wife in early 2006.