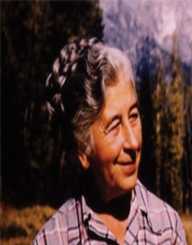 Mardy Murie is an American conservationist who has authored a number of works regarding nature. She is dubbed as the Grandmother of the Conservation Movement due to her extensive efforts for the environment. Murie is a recipient of the Presidential Merit of Freedom as awarded by then-US President Bill Clinton in 1998.

The Local Girl from a Rural Town

Born in Seattle, Washington as Margaret Elizabeth Thomas on August 18, 1902, her family relocated to Fairbanks, Alaska when she was five years old. It is in Alaska where she spent her formative years. Growing up in the countryside made Mardy, as she is fondly called, passionate about nature which she carried on for the entirety of her life.

She is the first woman to graduate at the Alaska Agricultural College and School of Mines which was later renamed to the University of Alaska Fairbanks. She earned a business administration degree in 1924, but before her collegiate degree, she also attended Reed College for two years then transferred to Simmons College in Massachusetts before she ended up at Alaska Fairbanks.


Tied In with Nature: The Union of Two Environmentalist

The same year she graduated from college in 1924, Mardy Murie met Olaus Murie, a scientist and the two soon after tied the knot after her graduation at the banks of the Yukon River. Their union proved to be beneficial towards the environment.

Sharing the same passion and interest, Mardy accompanied her husband on a steamship that went on to travel for an expedition that ran for more than 500 miles in Alaska’s Brooks Range shortly after their wedding. A few years later, they relocated in Wyoming to pursue her husband’s study on elk at the same time the both of them started expanding the national parks’ boundaries.

Mardy Murie and his husband proved to be an instrumental part in the establishment of the Arctic National Wildlife Refuge, the country’s first ever recorded federally protected area. The couple, together with William O. Douglas who not only accompanied them at the time but was also serving as the Supreme Court Justice, convinced then-President Dwight D. Eisenhower to establish the regulation.

Following this momentous event, she took over the conservation activity after her husband’s passing in 1963 and was invited a year after on September 3, 1964, to witness the signing of the Wilderness Act by President Lyndon Johnson at the White House.

The highlight of her career as a conservationist came in 1978 when she was called in to testify in front of the Congress which resulted in the official signing of the greatest preservation act in US history, the Alaska National Interest Lands Conservation Act in 1980, by President Jimmy Carter.

For extensive efforts, Mardy Murie was the recipient of a number of prestigious awards such as 1980 Audubon Medal, the John Muir Award which she received in 1983, and the Robert Marshall Conservation Award which was awarded to her in 1986. She also received the National Wildlife Federation’s highest award, the J.N.Ding Darling Conservationist Award in 2002 shortly before her 100th birthday.