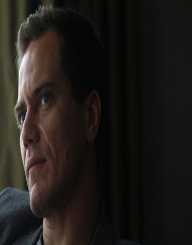 Marcel Cunnigham is a YouTube gaming star known all over social media as 'BasicallyDoWrk.' His popular videos are mostly related to video gaming. He posts various games with his gaming crew and friends. With over 440 videos on his channel, Marcel has more than 2.9 million subscribers on YouTube. Since 2012, when he came up with the idea, his fans have continued to grow. Besides YouTube, he has 110K followers on Instagram and 779K on Twitter. Using his intelligence and a great sense of humor, he has risen to become one of the best YouTube gamers.

Marcel Cunnigham was born on May 8, 1990, in Tacoma, Washington, where he also grew up. There is not much information about his background and family. His father was in the ice cream business and had around eight ice cream carts. During summer breaks, Marcel could assist him with one of them and makeup to 100 dollars each day.

Growing up, he loved to watch 'Power Rangers' that made him want to gamesome a ranger when he was older. He also played many sports. He was crazy about playing video games and watching cartoons. When he became a teenager, he wanted to join the comedy industry since he loved to entertain people.

Marcel Cunnigham was good in art when in high school and when he cleared school, he took to selling animal-shaped balloons outside restaurants and at birthday parties. He played many video games too with his friends and in 2011 decided to create his YouTube channel.

After creating his YouTube channel in 2011, Marcel Cunnigham did not post any video until 2012. In a period of only two weeks, his subscribers shot up from 300 to 1000 because of the great videos he posted. This encouraged him to take to making YouTube videos entirely.

He also had a weekly vlog, 'Marcel On Monday' that helped him reach out to his fans and soon after, his subscribers started to grow. Currently, the sensational YouTube gamer has more than a million subscribers. He has recently created his clothesline with his logo, 'Wrk.' His clothes have the logo and gameplay on them.

The 26-year-old YouTube star is the perfect definition of handsome and kindness. His friends know him as a very caring person, and he is always there for them. Marcel Cunnigham is a humble and very caring person and owes his success to his gaming friends and subscribers. He loves trying out different types of food. At one time, he made a video of him trying to make pizza with Simone, his girlfriend. He loves Disney movies and at the time of this biography was 'Maona,' the latest animation movie.

Marcel Cunnigham has no known siblings. He respects his father and is proud of all the jobs he did before he became popular. His balloon tattoo on his right hand reminds him of what he did in the past. He moved in with his longtime girlfriend, Simone in Los Angeles. The two are genuinely in love, and before he moved in with her, he would travel to Europe to see her every six months.

Marcel Cunnigham has done various collaborations with Lui Calibre who is also a famous YouTube gamer and a Twitch streamer.