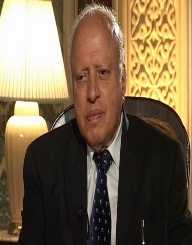 M.S. Swaminathan was born on August 7, 1925. He is an Indian geneticist and administrator. He contributed a lot to the success of India’s Green Revolution Program. He is regarded as one of the most influential Asians of the 20th Century by the Time magazine.

M.S. Swaminathan was born on August 7, 1925, in Kumbakonam, Madras Presidency. He was born to Dr. M.K. Sambasivan who was a surgeon and social reformer and Parvati Thangammal Sambasivan. At the age of eleven he father died, and so he was brought up by his uncle. He attended Little Flower High School in Kumbakonam. He later joined Maharajas College located in Trivandrum where he studied zoology. In 1944, he graduated from the college with a Degree in Zoology.

In 1943, there was the Bengal Famine which inspired him to take up a course in agricultural sciences. Swaminathan later joined Madras Agricultural College where he graduated with a Bachelor of Science Degree in Agricultural Science. In 1947, he enrolled at the Indian Agricultural Research Institute in New Delhi. In 1949, he completed his post graduate studies in genetics and plant breeding. He later received a UNESCO Fellowship and joined Wageningen Agricultural University, Institute of Genetics in the Netherlands. He researched on potato genetics and standardized the procedures for transferring genes from a wide range of wild species of Solanum to the cultivated potato known as Solanum tubersum. In 1950, he joined the School of Agriculture at the University of Cambridge in the United Kingdom. He obtained his Ph.D. from the university in 1952. He later was appointed as a postdoctoral researcher at the University of Wisconsin. In 1954, he returned to India after turning down a full time job at the University of Wisconsin.

In 1954, Swaminathan became a teacher, researcher and research administrator at the Indian Agricultural Research Institute. In 1966, he became the director of the Institute. In 1971, he became a member of the National Commission of Agriculture. The following years he was appointed as Director General of the Indian Council of Agricultural Research. In 1979, he became the Principal Secretary in the Ministry of Agriculture and Irrigation in the Government. In 1980, he was elected as a member of the Planning Commission of India. The following years he became the chairman of the Working Group on Control of Blindness and Chairman of the Working Group on Control of Leprosy. In the same year, he was also appointed the chairman of the National Biotechnology Board and an Independent Chair of Food and Agriculture Organization Council. In 1982, he became the Director General of the International Rice Research Institute in the Philippines.

In 1988, he was appointed the chairman of the Steering Committee for Environment and Forestry of the Planning Commission. He was also the President the President of the World Wide Fund for Nature in India. In 1984, Swaminathan became the President of the International Union for Conservation of Nature and Natural Resources. He held so many posts during his lifetime that pushed for the conservation of the environment. In 1994, he was appointed the chairman of the Committee for Research on Agricultural Exports in the context of the World Trade Agreement of the Government of India. In 1998, he chaired the Committee to draft a National Biodiversity Act. Presently he is a member of the Leadership Council of Compact 2025 among so many other posts that he holds.

In 1971, Swaminathan was awarded the Ramon Magsaysay Award for Community Leadership. In 2000, he received the UNESCO Mahatma Gandhi Prize. He has received awards such as the Lal Bahadur Sastri National Award and the Albert Einstein World Science Award among so many others. He also has more than seventy honorary Ph.D. Degrees from universities all over the world.

In 1955, he married Mrs. Mina Swaminathan with whom he has three daughters. He is currently ninety one years old.