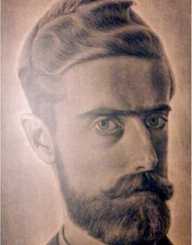 Escher also prepared book illustrations, designed tapestries, murals & postage stamps. His most remarkable and unusual pieces of work, however, are the impossible constructions like ascending and descending relativity. A lot of his work involves a mathematical concept called Recursion, which the famous book Godel, Escher, Bach also takes note of.

Escher (full name Maurits Cornelis Escher) was born on June 17, 1898. His birthplace is Leeuwarden, Friesland. His star sign was Gemini.
Escher’s father George Arnold Escher was a civil engineer while his mother Sara Gleichman was a stay at home mother. Escher spent most of his childhood at Arnhem where his family shifted to, five years after his birth.

M.C. Escher did not have a great talent for studies. The only exceptional skill he had was drawing. He regularly failed his tests and eventually did not complete school. But he got better with his drawing and also learned carpentry and piano before he was 13.

M.C. Escher went to the School of Architecture & Decorative Arts in Harlem, 1919 to study architecture. But only a week later, he decided and informed his father that he would instead pursue decorative arts & drawing than architecture. Escher graduated in 1922.

After completing his education, M.C. Escher began a series of study travels that would later have a significant impact on his works. He went to Italy in 1923 where he also met his future wife.

While in Italy, M.C. Escher began sketching landscapes, often with an irregular perspective utterly absent in natural form – making his drawings much more remarkable. His brother died in a mountaineering accident in 1925. This inspired him to create one of his most famous works Days of Creation.

M.C. Escher illustrated Castrovalva in 1930 which is one of his most famous works.

Escher stayed and continued to work in Rome till 1935. In 1935, he decided to move to Switzerland along with his wife and kids. In 1937, he created Still Life & Street, his first impossible construction. This was followed by several others like Sky & Water (1938), Drawing Hands (1948) and Ascending & Descending (1960).

M.C. Escher used the elements of symmetry and recursion in most of his works. When World War II broke out, he moved to the Netherlands to be able to continue drawing. He began his experiments with a challenging technique called mezzotint and produced some fascinating examples of it including Gallery(1946), Crystal(1947) & Dewdrop(1948).

M.C. Escher also wrote two books: Regular Divisions of Planes in 1958 and Grafiek En Tekenigen in 1960. Escher’s last recognized work was the woodcut Snakes in 1969. After that, he moved to Laren, North Holland and spent the rest of his life there.

M.C. Escher was a distinguished graphic artist, and he won several awards for his works. The notable mentions include: his print Nonza, won him the 3rd prize at the Exhibition of Contemporary Prints, held at the Art Institute of Chicago.

M.C. Escher was made a Knight of the Order of Orange Nassau in 1955.

While in Italy M.C. Escher dated Jetta Umiker after meeting her in 1923. One year later, they were married. Escher and Jetta then shifted to Rome and lived there till 1935. Three sons were born to them – Giorgio Arnaldo Escher, Arthur Escher & Jan Escher. Escher was left-handed.

M.C. Escher passed away on March 27, 1972, at his home in Laren. He was 73 years old at the time.  He left behind an extensive collection of his work that could match those of greats like Leonardo da Vinci.